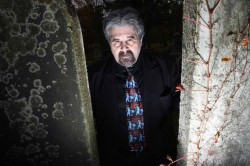 As the old saying goes, ‘things come in three’s”. It’s hard to believe that what is now seven years ago, I had my first interview with author, Stephen Spignesi. In 2018, I had yet another opportunity to interview Stephen. At that time it would be to promote his fifth book entitled, “Stephen King: American Master”, about bestselling author, Stephen King. It was a wonderful book, and I was honored to be included along with several others as a contributor.
END_OF_DOCUMENT_TOKEN_TO_BE_REPLACED

Tony Northrup – Stephen, thank you for taking some time with us today to discuss your new book, Stephen King: AMERICAN MASTER. The last time we did an interview together was September 2012. What have you been up to career wise since then?