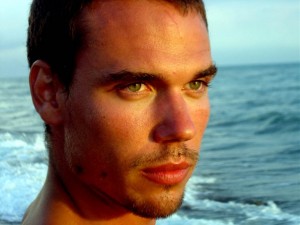 To tackle Mihajlo while sipping his cup of coffee and trying to grab him away from it, is surely not one of the best ways to approach him. Especially if the night before you saw the bed just by chance…

M: We had really little money to make this movie and we had to get prepared long in advance. I read the script with the director many times, maybe 15, reviewed each detail and when we shot I didn’t have time to think, we had to act and just shoot on and on. I was very tired, sometimes we had to work 17 hours a day and it even happened I went to bed with the same jacket I was wearing on set or with mud on the trousers! It’s been hard, really hard, and I didn’t have time to undergo psychological considerations on my character (Marko). We even had to shift among 80 locations. It’s been really hard.

M: As the editing came to an end 6 or 7 months were already gone by and we had lost objectivity. The director Mladen Dordevic called me to view the movie and to watch it as if I was a common viewer just left me speechless. Of course I knew it to perfection, since I acted in it, but I couldn’t watch at myself. I said “ok, now I need to smoke a cigarette, drink a beer, then we’ll talk about it”. I wasn’t able to express myself on the movie. We kept still for say 20 minutes, then I just said a couple of sentences. The following day I watched it again and then step by step we discussed about it. I was happy for what we made but in the meantime shocked, really shocked. 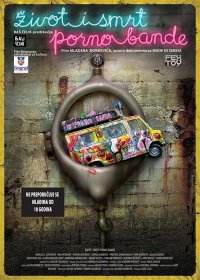 G: May I ask you what budget did you have?
M: Of course you can. We spent 150000€ as a whole. But we had some of the things we needed for the movie for free, because many people believed in this project.

G: Did you work for free yourself?

M: Almost! But after all I would’ve even paid to act that role. Few actors in the world have the chance to shoot such a movie, it’s very strong and smart. In such a role you can show a wide variety of features and shades and not many actors ever reach something of this kind.

G: Which feedback did you get in Serbia?

G: I guess it’s not a typical movie you can find in the theatres in Serbia…
M: Not only in Serbia but elsewhere too. I watch a lot of movies, international ones too, and even though there are a lot of features strictly linked to Serbian ways of life and traditions, this movie could easily depict many other countries in the world.

G: So you think there are some problems tackled in this movie which can be common to other countries?
M: Of course, for example the story of this young who cannot do the job he really longs for. It’s a common problem to many countries, and to many historical periods.

G: How are you dealing with the movie distribution?
M: The movie will definitely be released in Serbia but since you can say that we are the movie’s producers, by now we don’t have foreign distributors. We’ll try to sell it abroad, at least I hope so, but now Mladen is in Amsterdam for another festival, when he comes back we’ll see how to cope with it.

G: Are you working on another movie?
M: I’m writing something. I’m planning with Mladen to work on a project on our own, as director and actor we have a very good feeling together. After such a movie we can do anything! Next movie will be more commercial, though. This we needed to show what kind of director he is, how his staff works, what kind of acting we can get…it’s more of an artistic movie, a kind of introduction letter. We want the next movie to be distributed all over the world because I’m sure that people in Serbia fully understand what we are really trying to do, our artistic language. I think that nowadays in Serbia, as elsewhere after all, cinema got stuck in weepy love stories.

G: The tragedy which affects the independent movies is they remain in the underground.
M: Yes, because you can’t compromise. If you do, everything’s lost. Nowadays with the mobiles, internet, facebook, everything’s too fast. And besides people only care about money. Many people who saw the movie in Serbia asked me “why did you do that?” They didn’t understand what we wanted to say. At all. Ok, I answered, go on eating your cheeseburger and wasting your time on facebook! 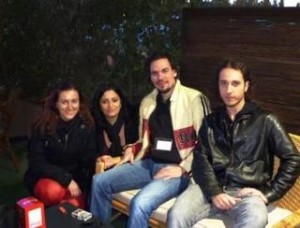 G: They didn’t get your message.
M: I think the problem of the word “independent movie” is linked to the existence of Hollywood, and that Hollywood’s everywhere. If you’re outside Hollywood, you get automatically labelled as “independent”. I’m not independent, I’m an artist just like Brad Pitt is. But Brad Pitt is above all a model and that kind of actor plays the model in the movie, and he can count on millions of dollars.

G: Did you see “Inglorious Bastards?”
M: Yes, I did. Do you remember the German actor playing the colonel? That is acting, and he’s not an independent actor. Who’s Brad Pitt?! But in Hollywood they only care about money.

G. This is not a question about the movie but about Serbia. How is the current economical and political situation?
M: I really have no idea. I stopped caring about it 5 ore 6 years ago. Surely globalization is spreading. Milosevic was mad. Now we’re trying to enter the European Community, but slowly, very slowly…at least we don’t have war anymore. And this is enough good.

G: What do you think about the political situation in Italy? Do you know Berlusconi?
M: Sure I do. Well, I can give you my opinion as far as I know. I think that all the people who have a lot of money, like Berlusconi has, like Sarkozy in France or Merkel in Germany, can lead the world, because money rules the world. They can do whatever they want and capitalism just goes on and forth. And when I see Berlusconi on the Tv I can’t help laughing. To me he’s really amusing…to watch him from the outside at least. When you own tv channels, newspapers, a football team…

G: Yes, but he keeps on stating that things are not the way they’re shown, it’s us (the people) misunderstanding!
M: I live in Serbia and I know that it’s true he owns all these things. Do you remember his joke on Obama? What way of speaking is that? I think he’s frustrated, he had a bad accident when he was 5-6 years old, or his schol-mates used to fool him around … 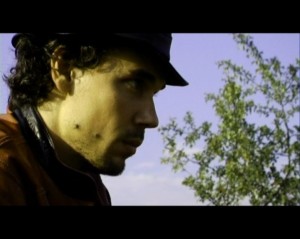 G:His next goal will be to become Pope! If you need a Pope in your country we can easily pass him to you…

M: Maybe in some years he’s gonna leave politics and after a couple of years he’ll come back, as he already did. He’s so funny. Even the person who escorted me here from the airport was saying that nobody loves Berlusconi but if so, then who voted him??? Sometimes people behave like sheep, give them something on the tv to distract them and they’ll behave like sheep. The same happens elsewhere in the world. The same happened in Russia with the leaving president Putin: he went on tv and said Medvedev would be a good choice, so this candidate got the majority of votes from the people. For example during the Roman Empire when they wanted people to be satisfied they used to organize games, distribute money…it’s an old time story.

G: What was the last movie you saw?
M: A Japanese movie, very good. And then The Lives of Others. I really loved that German actor, the colonel in Inglorious Bastards. I don’t know where Tarantino found him. He’s a famous theatre actor and he made some movies in Germany. Unfortunately in Europe few movies get shot because there’s no money.

G: First of all he’d keep on fooling us with untrue things.
M: He’s an hypocrite. But when you work and you get your wage, you can travel all over the world with no visa, why should you care about Berlusconi? How much importance should he have in your life?

G: One of the problems I feel the most is that the rich become richer and richer while the poor stay poor.
M: It’s the same story in many other parts of the world, in America too.

G: There can be no real freedom if you control tv, newspapers and therefore public opinion. I don’t think that for example in America things go on this way too.
M: But it’s the same in America. By the way I think you should give less importance to Berlusconi.

G: Yes, but when you live in a country you cannot ignore these things, when you switch the tv on, when you surf on the internet…
M: Just don’t watch the tv, focus on your things, to journalism, in tv I just watch football, the Italian championship!