When it came time to write this weeks article, I had originally planned to write “Tony’s Fall/Winter Preview”, but that changed once I heard of the passing of Actor Burt Reynolds (an icon in the film industry for many years), at the age of 82, on Thursday, September 6th, 2018. It’s always sad to lose someone, but it is sometimes hard to lose those people that are part of the celebrity world as well, especially if we have been a fan of their work. I felt some of you would appreciate a closer look at this legendary actor and his career, as there are many of us throughout the years who have enjoyed Burt Reynolds films.

I was particularly saddened to hear of his passing, as I had the pleasure and opportunity twice in my life to meet and converse with Burt Reynolds. I first met him when I was a kid in 1985 when actor Dom Deluise got his star on the Hollywood Walk of Fame. Burt was there with Loni Anderson and others who were celebrating their friend and fellow actor Dom’s success. He was kind and friendly. The second time I met Burt was in 1992 while working at a laser disc video store in the San Fernando Valley, also in Southern California. This was the only store of its kind at the time, therefore many celebrities shopped there. Burt would come into the store after hours, and he was more relaxed, easy to talk to, and of course very funny! I’ll never forget those times. For those of you who were fans of Burt Reynolds, perhaps enjoying his film career from the beginning, or perhaps you enjoyed discovering his films somewhere along the line, this article is for you…hope you enjoy it.

Burt Reynolds was born February 11, 1936, in Lansing, Michigan. In 1946, the family moved to Riviera Beach, Florida. His father soon became Chief of Police of Riviera Beach, which is to the north of West Palm Beach, Florida. During 10th grade at Palm Beach High School, Reynolds was named First Team All-State and All Southern as a fullback and received multiple scholarship offers. He accepted a football scholarship to Florida State University. He studied Drama and attend summer stock drama classes. In the 1950′s and 1960′s , Burt began his acting career with small roles in television shows such as THE TWILIGHT ZONE, ROUTE 66, GUNSMOKE, HAWK, DAN AUGUST, and many others. His first film roles were small parts and appearances until his breakthrough role in the classic film, DELIVERANCE (1972). 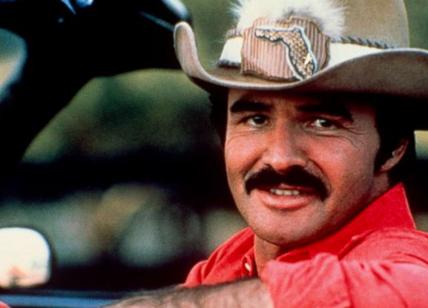 It was in 1997 that Burt made a major comeback with his amazing role in the film, BOOGIE NIGHTS. This was a very risky role for Burt because the film was about the adult film industry in the 1970′s and early 80′s in the San Fernando Valley, in Southern California. This films depiction of this industry hit the nail on the head. Burt was spot on in his role. It paid off because Burt won a Golden Globe for his role in the film and was nominated for several awards that year including Best Supporting Actor at the Oscars. Burt had a bumpy personal life. He was married to Judy Carne from 1963-65, dated celebrities like Dinah Shore, Sally Field, and was married for the second time to actress, Loni Anderson (1988-1993). Burt and Loni adopted a son, Quinton. However it was Sally Field who was the true love of Burt’s life, and on the eve of his passing she made comment to that fact that she never really stopped loving him even after 40 years.

During his career, Burt did all his own stunts, and that’s actually how he started in the film industry, as a stuntman. Sadly as he got older the toll of this would catch up with him and he needed a cane to walk with in his later years. This somewhat hindered his ability to take on certain roles, however, earlier this year a new independent film was released, THE LAST MOVIE STAR. Some of you may have seen my review on this film last month. This would be Burt Reynolds final film, and it was more than reflective of many of his own life’s circumstances. This was an amazing film, a swan song if you will. If you have not seen it, I highly recommend, THE LAST MOVIE STAR, what an amazing final piece of work. It’s available on DVD, and well worth the watch.

Burt Reynolds had an amazing life, but at one point, he had a very hard time accepting fame. During many interviews, he revealed that he would spend much of his time alone due to being so overwhelmed by the success of his films and the many time’s the unwanted fame it brought.

In 2010, Burt was hospitalized for ongoing heart problems, and underwent quintuple bypass surgery, he was in his mid 70′s, and was noted just weeks later as saying he felt fabulous, and wanted to live to 199, always the joker! Sadly, he succumbed to a heart attack this past Thursday, September 6, 2018. Burt Reynolds films were not only filled with action and comedy, but were so entertaining that we’ll never forget this larger than life actor. He brought us laughter, joy, and some of the most beloved classic crash car films in cinema history. To his friends, he was known as “Buddy”. To the rest of the world, he was often referred to as “Bandit”. Rest in Peace “Bandit”, you will live on in our hearts, and film history.

Footnote: There is a particularly interesting interview that came out in 2016, THE BANDIT, which is with Burt Reynolds and many of the cast of the Smokey and the Bandit films…it is truly worth your while taking a little time to watch this, and of course THE LAST MOVIE STAR which came out in March 2018.