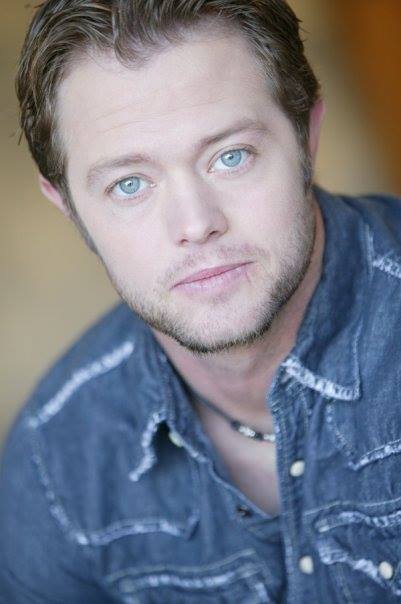 Damon is originally from Armarillo, Texas where he went to Tascosa High School until 1994. Right out of High School, Damon went to Oral Roberts Univ. on a Track Scholarship. He transferred to Oklahoma State Univ. his first year so that he could play football.

Laughing back at it now, Damon felt he should have stuck with track because those Oklahoma Univ. football players, were huge. He says looking back now, “It was a lot of fun and I have no regrets.” Damon moved around a lot, but ever since he was a kid he knew he always wanted to be a filmmaker. After his many travels, Damon settled in Los Angeles where he became a Broadcast director before now becoming a filmmaker of a Stephen King “Dollar Baby”, In the deathroom. 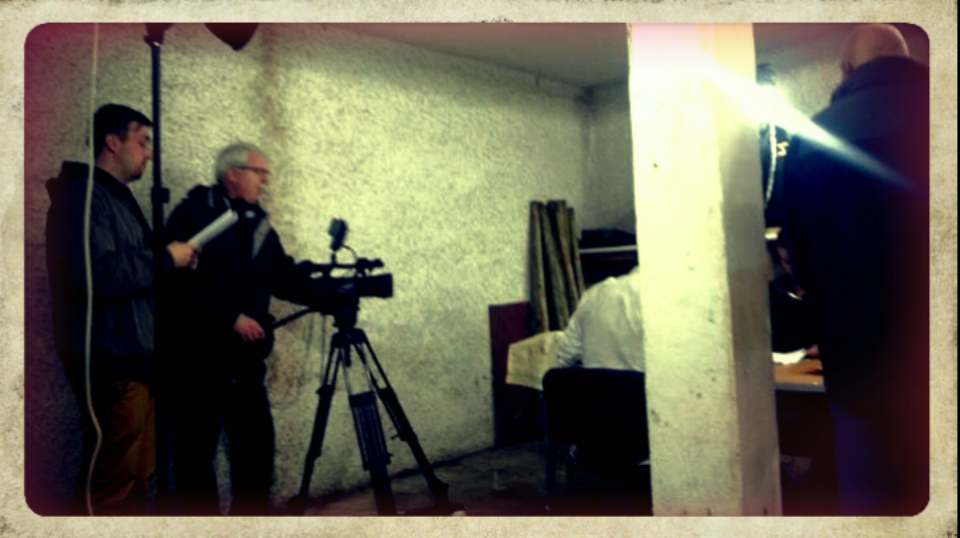 (Q.) Out of all the Stephen King short stories, what attracted you most to this one?
(A.)This one appealed to me mainly because it was only one location and there were only 5 actors. I knew that I could spend my money on the production value of it, which was really important to me. That also made it tougher because it is hard to hold someones attention when it is only one location, and the actors have to be good or I am in trouble. I feel like all the actors did a good job and I finished with a product that I am proud of. Don’t get me wrong, I really liked the story, mainly the twist at the end when you find out why he is even in that country and in this position, but it just wasn’t my favorite of Mr. King’s, my favorite is The Long Walk.

(Q.) What changes did you make to make this your own as opposed to King’s original text?
(A.) I didn’t change anything other than a short monologue that the lead actor says over black at the beginning. That was done because I felt that the viewer needed to know a little back story about who the lead is but yet still now know why he is in the predicament that he is in. Other than that I didn’t change a thing, I mean who am I to edit Mr. King’s work.

(Q.) So many Stephen King fans want adaptations to be as close to the book as possible, how do you handle the pressure to keep the fans happy?
(A.) My biggest concern was honoring Mr. King’s work, keeping it as close to what I thought his vision of it was when he was writing it, and making a product that King fans would be proud of. The only pressure I felt was getting all the shots I needed in the time that I had. Paying for it out of your own pocket insures that everything has to be done in a timely manner, and that is hard to do on set. On a movie set nothing ever goes as planned.

(Q.)What was your main goal you wanted to achieve about this film?
(A.) Make something I was proud of, something that if Mr. King ever saw it he would be proud of, and make a product that all the actors involved would be proud to show others.

(Q.) What is your greatest moment so far with the success of In the Deathroom?
(A.) I would say the greatest moments are when filmmakers from overseas contact me because they have seen it somewhere, or read about it online, and they talk to me about it. It is so neat to be part of a fraternity of filmmakers to do a Dollar Baby. It is a group that has a great admiration for Mr. King’s work and has a special bond amongst each other for it. It was Stephen King that was the catalyst to get me to read. I was never interested in reading a book, there were sports outside I could be playing, but I read The Thinner and all of that changed. After I finished it I went to The Stand, then I started reading his collections of short stories and I was hooked. I knew I wanted to make one into a film one day, in fact I hope to do another one down the road. 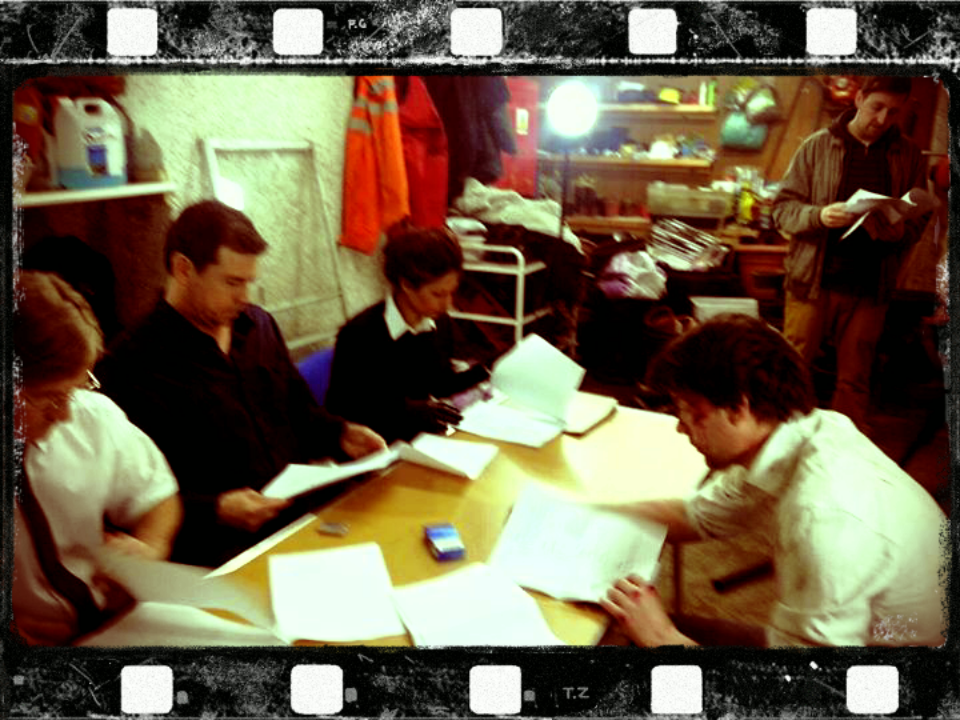 (Q.) What Stephen King story would you like to adapt on a large scale?
(A.) Well as I said The Long Walk is my favorite short of his, but I don’t know if I would ever take that on. I get depressed when I see one of his books done as a movie and it doesn’t translate, at least to me. There have been quite a few that I really enjoyed the book but the movie let me down. I think if I could do any of them I would like to do The Girl That Loved Tom Gordon. I really enjoyed that one and it is my style and genre that I would like to direct.

(Q.) Final question, What’s next for Damon Vineyard?
(A.) I have a short I am filming at the beginning of next year I am really excited about, after that I want to shoot one more short and get ready for a feature. I have a couple ideas for a feature that I really like, I am going to attempt to write basically a long treatment for them and get an accomplished writer to work with me on creating the dialogue, maybe I will ask Frank Darabont if he is interested in working with me, he is a fantastic writer and what’s the worst he can do, say no?

I would like to take this moment and Thank filmmaker, Damon Vineyard for his time and this wonderful opportunity to see his “Dollar Baby” film, In the deathroom and for our interview together. It was certainly a pleasure. I want to wish Damon much success in his future and look forward to his future projects.