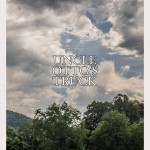 UNCLE OTTO’S TRUCK is a short story written by Stephen King that first appeared in Yankee magazine in 1983 and later appeared in King’s short story collection, SKELETON CREW in 1985. The story is about an abandoned truck owned by Otto Schenck and George McCutcheon, Castle Rock businessmen in the post-depression era. After Otto purposely crushes George beneath his truck, the murderer becomes obsessed on the truck. Otto insists that the truck is not only moving on its own, but plans to kill him. He becomes a recluse, living in a house he built across from the truck itself, and generally begins to lose his sanity. In Dan’s version, the niece tells the story and makes a horrifying discovery at the uncle’s house.

I really enjoyed Dan’s adaptation of Stephen King’s UNCLE OTTO’S TRUCK. It was creepy, interesting, scary, and intriguing. It was filmed beautifully throughout Virginia and North Carolina. and Dan knows how to tell a tale and keep you interested. This is a great story by Stephen King but one of the better Dollar Baby adaptations.

“Uncle Otto’s Truck” has been adapted by artist Glenn Chadbourne for The Secretary of Dreams, a collection of comics based on King’s short fiction by Cemetery Dance in December 2006.

Previous Post: HERE THERE BE TYGERS – Bryan Higby   Next Post: (Italiano) IN DREAMS – A nightmare on Elm Street Fan film