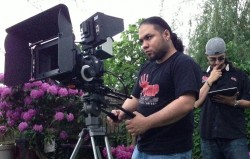 Pablo was born February 2, 1982 in Vineland, New Jersey. His mother took him to horror films even as an infant and is known to not even cry once during a movie, only to simply be amazed at the screen and the horrors it showed. From that moment on, he was captivated by the magic of movies and filmmaking, especially horror films. Pablo was born into an artistic family, he used art as a form of expression or as he calls it, “horrificart”.

For the last 10 years, Pablo has been involved with films and filmmaking, however without any schooling he took a big risk. With the help of his friend Brian Rivera and an inspirational meet and greet with legendary indie filmmaker Roger Corman, his life was changed. Corman helped by giving them wisdom they needed that helped produce their first feature film “Deadhouse” which was picked up and distributed worldwide. In 2003, Pablo and Brian started Shattered Dreams Productions together only later in 2006 resigned and gave Pablo full run and ownership of the film company. Pablo’s love for Stephen King and his works began when he first saw the film, “Creepshow” and his journey truly began right then which would lead him years later as part of the Stephen King/”Dollar Baby” family with his adaptation of The thing they left behind in 2011. Pablo has done many small independent films and even a comic book based on one of his films called, Who’s the Suicidal. However, the best way to describe Pablo’s love for horror and filmmaking is one of his quotes: “Horror will be the best genre in film whether people like it or not, because fear is the world’s oldest emotion.“ 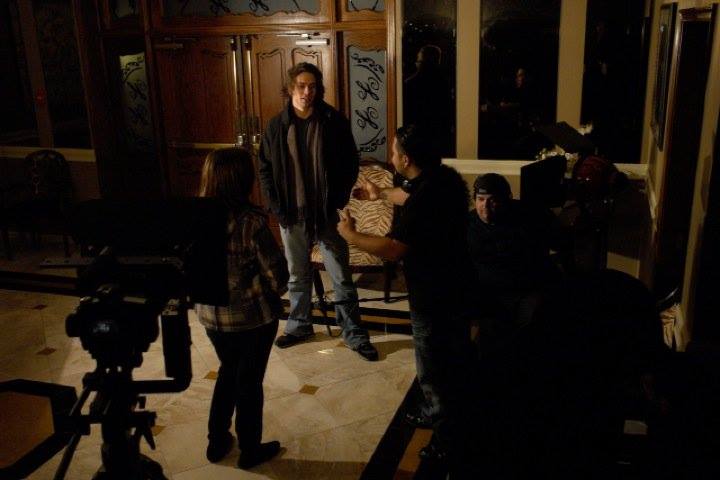 Out of all the Stephen King short stories, what attracted you most to this one?
Being a Jersey native, I have had a sense of attachment to the the story because of how near I was to the tragedy of 9/11. I had a feeling it was something that would intimidate filmmakers to produce so I naturally knew it would be on our plate.

What changes did you make to make this your own as opposed to King’s original text?
Very little. We knew we wanted to be as close to the story as possible but wanted to add some of our own flavor to the mix. I felt some visual references were needed to portray what exactly the characters were going through. Also with some stylized elements, we were able to tell the same story but keep it visually entertaining.

So many Stephen King fans want adaptations to be as close to the book as possible, how do you handle the pressure to keep the fans happy?
Well first of all, I’m one of those types of fans. However, I’m a filmmaker as well. I understand that not everything can translate to film properly or respectably. I wouldn’t say it was much pressure because the end product was always intended to be so close to the material.

What was your main goal you wanted to achieve about this film?
Of all the years being a filmmaker and fan of film, I have always seen adaptions that were horrible. I always seen people say, “It’s nothing like the book!”. My teams goal was simple, can we put our money where our mouth is and successfully produce an adaption of someone else’s material and stay true to while adding our own style. From the responses we’ve received, we feel we were successful with that intention.

The subject of 9/11 is a very sensitive topic, how did you handle this without causing any upset?
The main thing that we always returned to was to remember that this was still a very sensitive topic. As a filmmaker my job is to entertain, but throughout the process I always to keep that in mind. There were times that one of the producers would say, “hey wouldn’t this be cool” and I would always say, is it respectable?

The objects that were left behind, how did you decide on what would be used and what wouldn’t and what were some that didn’t make the cut?
We always intended to use every object featured in the story. However, once shooting began, we knew we would go over our runtime so we had to cut back on some scenes. Specifically, we had to cut out the references to the punch doll and Mr. yow git down. Although, we had already shot scenes involving these objects, in the end we had to edit it all out or else it would’ve added an additional 5-10 mins in the story.

What is your greatest moment so far with the success of The Things They Left Behind?
One of the greatest moments I would say was when it was screened at a local horror film festival. The film screened early in the day and I was feeling really under the weather. However, while trying to keep my cool I started noticing audience members crying in reaction to the film. One of my producers looked to me and said “I guess it works”, making a point that we originally feared people wouldn’t get the emotion behind the story. After the film screened, I had several people come up to me and email us after the festival ended expressing how much they enjoyed the film and how it deserved more recognition. One person in particular wrote a very long email telling us that our film should’ve been the highlight of the festival because our film was the only one screened that felt like it was made from the heart. That made my day.

What Stephen King story would you like to adapt on a large scale?
If the rights weren’t already taken, I would love to adapt a feature film version of “From a Buick 8″. I love the way Stephen King tells the story and I believe it really shows his ability to scare you with pure wonder. Besides “Buick”, I would be head over heels to purchase the rights to the “Creepshow” franchise and continue them properly instead of the abomination that was “Creepshow III”.

Final question, What’s next for Pablo Macho Maysonet IV?
At this moment I am about to begin principal photography for my next feature horror film “The Red Suit” it’s something my team and I have been working on over the past year and are really excited to produce. Keep an eye out!