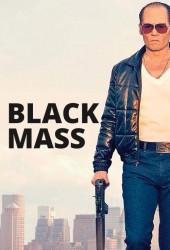 The Gangster film genre has been around since the very beginning of films back in the 1930′s and 40′s going through the 1970′s with The Godfather and the 1990′s with Goodfellas, and now into 2000-teens with Black Mass. This film is based on the real-life gangster, James “Whitey” Bulger, the worst gang criminal to come out of the very dangerous area of South Boston.

The film begins in 1975, Bulger (Johnny Depp) is making a name for himself and building a reputation for being the meanest, cruelest, most dangerous and feared gangster in all of South Boston. As he builds his empire, Whitey is approached by FBI agent John Connolly (Joel Edgerton) asking Whitey for his help in taking down the Italian Mob as an informant. Whitey has his own personal definition of this word, but still he agrees with…conditions that would benefit him. He agrees to help them because John is from the neighborhood and was close friends with Whitey’s brother, Billy (Benedict Cumberbatch) who is now a State Senator, the good side of the law. Years pass, deals are made, death toll rises, and Whitey becomes even more feared and bigger than any gangster in the territory. However, not all is what it seems, and not everyone can be trusted…no one! To see if Whitey survives or has his empire crumpled to the ground….I highly recommend Black Mass. 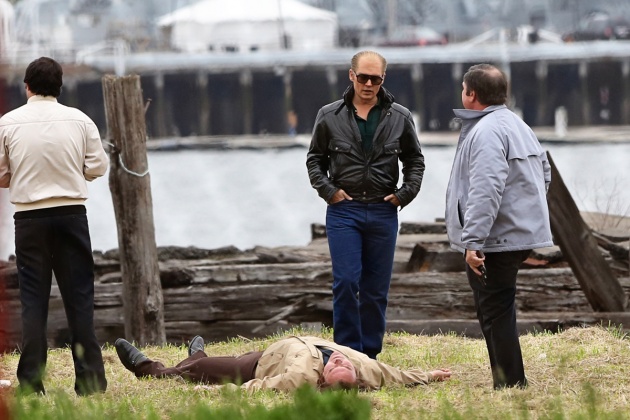 This was a very powerful film. It was very violent, graphic, disturbing at times, and showed the very dark world of gangster life up close. Not since Goodfellas have I been so moved and at times even scared at this lifestyle. The film has an amazing cast: Johnny Depp, Joel Edgerton, Benedict Cumberbatch, Kevin Bacon, Peter Saragaard, and others, but even tho Depp did an outstanding and scary performance, it was actor Rory Cochrane as “Steve Flemmi” that really was impressive. He deserves an Oscar Nomination for Best Suporting Actor for his performance. He has come a long way since his first film, Dazed and Confused in 1993 as “Slater”. I have always been a fan of gangster films and this is without question one of the best I’ve seen in a long time and will be in my Top Best Films of 2015 list end of this year for sure!