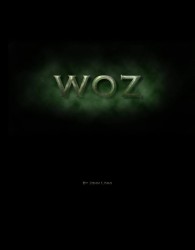 I have always been a firm believer in the “independent” artist. Those who struggle to get their work out there in the world to be seen or read. Those who stay up late at night, losing sleep, sacrificing, pouring their heart and soul into their work, slamming the keyboards as fast and hard as they can till they almost bleed, and to the ones who have a dream … a dream to get that one film or one story out there that would change their lives forever.

If only one person saw that film or read that book and were pleased with it, it would make all that struggle worth while. Over a year now, I have been a firm supporter of the Stephen King “Dollar Baby” Film Program, well now it’s time to show that same passion and support to the Independent Writer. When author, John Long came to me to read/review his book, I had no clue what I was in for. However, I know that feeling. The feeling of wanting someone to read your work so passionately, your pride and joy to enjoy. I gave him that chance and … wow! I’m glad I did. So, I feel it is my duty to share this book with the world and hopefully you will enjoy it as much as I did.

The author of Woz, John Long, is a very big fan of legendary writer, Stephen King, and it shows. Not only are there “nods” to King’s characters and books, but as I read this book I felt he was close to the same way King tells a story. I felt at times I was reading King’s alter ego “Richard Bachman”-style here and there. The story revolves around four main characters: Cade – a seriel killer looking for redemption, Stix – a priest looking for revenge, Vaughn – a lawyer looking for courage, and Gale – who just wants to get home after suffering from an untimely death.  You see they all have … they’ve been sent to Purgatory. Some of these characters knew each other in the ‘living’ world, but now that they are in Death’s Domain, anything and everything can happen.

Upon meeting each other and learning of their backgrounds, the three men decide to help Gale get ‘home’ by finding Death who is the only one who can send her back. They travel through the depths of Purgatory itself to find him. Along the way, they encounter lost souls, fight horrible creatures, walk down roads made of gold….gold teeth that is, and are hunted by the Dark Angel. If you haven’t guessed it yet, this story is completely inspired by the classic, Wizard of Oz. However, this is a very dark, gothic, suspenseful, emotional, smart, story that even is funny at times. This book was a page turner and sends you on a dark journey with uncertain conclusions because by the stories end, you won’t see the twist even coming! I highly recommend … Woz.

John Long is a Stephen King fan through and through and it shows. With that said, as I read Woz, I got involved deeply into the story, and attached to the characters – I couldn’t help but relate to them the same way I did reading King’s epic The dark tower series. It was interesting to see such a dark, scary, yet entertaining journey be so inspired by Wizard of Oz and work out like it did, but it works. I did feel the story got a bit confusing at times, however by stories end it resolves itself. With the exception of a few overlooked editing mistakes, I can’t think of anything negative about this truly horrific tale that takes place in the dark afterlife. The ending has an unexpected twist and not all endings are happy ones, especially when you’re characters are in Purgatory. However, a sequel is already hitting shelves this October and a third sequel to follow. I would love to see this adapted for the screen or even a graphic novel, but for now I recommend Woz to anyone.