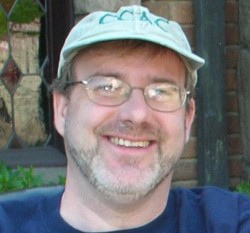 James Cole was born in Greenwich, Connecticut. His love of movies came at the age of 11yrs., but it was at the young age of 13yrs. that he discovered the love of horror and would begin his lifelong collection of Stephen King books. James studied and graduated from Chatham High School in 1985, from there he continued his education at the Universaty of Massachusetts Amherst till 1989. However, it was in the summer of 1986 that James would make history, as he would soon be a part of what is known as: Stephen King’s World.

He would be part of this because he would become part of the Stephen King “Dollar Baby” Film Program. He began filming Last rung on the ladder in summer of 1986 in Cape Cod, Mass. Working in hot conditions, old barns, and with kids and with a low-budget of $1500 – James had his work cut out for him, but with his partner, Dan Thron, they made the film and sent it off to Stephen King. James still has the canceled $1.00 check with Stephen King’s signature on it. A treasure, indeed.

What’s interesting about James Cole is that, he was one of the original “Dollar Babies”. Back in the late 70′s/early 80′s, the “Dollar Baby” program was really not known only by word of mouth or King rep’s. It was a different time then for the “Dollar Baby” program. There were 17 members in the beginning and no one could see these films but King himself and if you were lucky enough see some at Short Film Fests you were one of the lucky ones. Very unlike today where you can either go to Film Fests (which there are a lot of them than long ago), Horror Conventions, or on the Net itself, but not all are available. James had to depend on his talent and craft to get his film seen and it was at conventions around that time. With the success of his “Dollar Baby” under his belt and putting a name out there for himself, James moved to California in 1991 to pursue films. He worked as a temp, primarily at Walt Disney Imagineering.

In 2003 James teamed with fellow Dollar Baby Jay Holben (Paranoid) to make the short film The night before, a drama written by James based on his hospital experiences as a child and directed by Jay. However it was James’ “Dollar Baby” that would stay with him during his career. James had write-up’s by himself and others about Last rung on the ladder in such books as, Castle Rock Newsletter, King Encyclopedia, Lost Works of Stephen King, Scifi Universe, Video Watchdog, books about the Making of Shawshank Redemption and Making of The Green Mile. Two of these books are by Stephen Spignesi and the two films by Frank Darabont, both very well-known in the Stephen King world. Although James has covered almost every job in the entertainment business from director to writer to actor and beyond, he moved back to Massachusetts recently and currently writes for The Cape Cod Chronicle doing film reviews while writing new material for new book and film projects and we can look forward to his return back behind the camera once again. 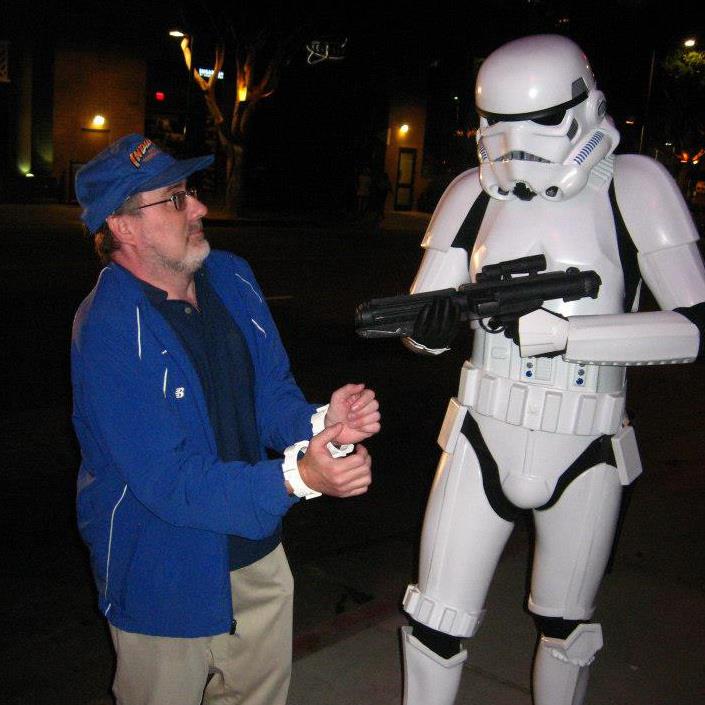 Out of all the Stephen King short stories, what attracted you most to this one?
I loved all the stories in NIGHT SHIFT but I remember after finishing “Children of the Corn” I was surprised by the shift in tone with “The Last Rung on the Ladder.” I realized this was something special. It reminded me of “The Body” but somehow even sadder. I could just see the story in my head. When my friend Dan Thron – whom I met after moving to Cape Cod in early 1984 – read “Last Rung,” we decided to try to make a short film adaptation. It seemed possible because Dan had already helped on my original Super 8 film “Sponge!” and the fact that “Last Rung” had no monsters or complicated effects – just two kids in a barn and out in the countryside – made it feasible for two young filmmakers.

What was your main goal you wanted to achieve about this film?
I just loved the story and characters and I wanted to see if I could adapt it to film faithfully enough to maintain that bittersweet tone. I hoped I could do King’s story justice, both in terms of getting great performances out of our young actors and getting that ‘King Flavor.’ Of course a secondary goal – if the film turned out well – was to get it to King and hope he might like it.

What was it like working with kids? Were they afraid of heights?
When I was little, the adults I liked the most were ones who never talked down to me. I think that’s the key to working with kids. Working with Adam and Melisa was fun but I was responsible for their safety in the barn: rusty nails, splinters, and heights. Though Dan was co-director he was only 14 at the time whereas I was almost 20 so if something went wrong it was on me. Neither Adam nor Melisa were afraid of heights and the beam was only six feet off the ground. I created the illusion of them jumping from a great height with camera angles and editing. Still, it would have been easy for them to lose their balance so either Dan or myself were always just out of frame, ready to catch should either of them fall the wrong backwards. When they jumped forward they landed on a pile of hay with two mattresses hidden beneath!

Considering this was filmed mostly in a barn, what were the conditions like, weather, and set-up?
It was hot and humid, especially with our hand-held lights but we made sure to give the kids breaks outside when it got too hot or just sick of being inside. I don’t remember anything unusual about the conditions – it was just an old barn. We shot over about 9 days during July and August 1986. In fact, we wrapped production with the kids about the time STAND BY ME was released so there was a real feeling of fate and synchronicity.

What would you have changed in the film looking back now, if any?
It’s easy to second-guess yourself – look at George Lucas and his “Special Editions” of Star Wars or Spielberg removing the guns from “E.T.” The biggest thing I would change would be to improve the sound quality. We shot Super 8 sound and the primitive magnetic stripe sound is very muddy. It’s hard to understand some of the dialogue from the kids. If I could I’d sweeten the sound digitally. Also the insert shots of Kitty’s letters are hard to read and a bit shaky. But in general I am happy with the film – it’s the best I could do at that age with that equipment. 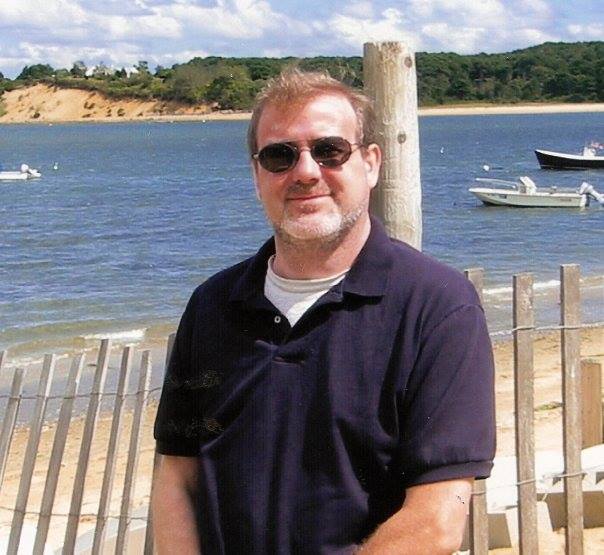 You were one of the ORIGINAL “Dollar Baby” filmmakers, tell us how the early years compare to now & how hard or easy it is to get one approved today?
From what I’ve heard there are more legal hoops to jump through today than back in the 1980s when I made “Last Rung.” I heard about the “Dollar Deal” from an article in the “Castle Rock” newsletter. I got King’s office address in Maine and just sent him a letter asking to make a short film of his story, along with a check for $1. I never got any written or verbal reply from King, let alone a contract to sign. But when my check turned up in my bank statement cashed (with King’s signature on the back!) I figured that meant it was OK to go ahead. The main requirement was to mail King a video copy of the finished film, which I did.

You spent time on the set of Stephen King’s film, The Green Mile, What was that like and looking back at it’s success now did you know Frank Darabont had something special then?
I actually wrote a long article about my time on the set of The Green Mile which I hope to publish on a friend’s website soon, so I am going to hold off answering this question in detail. Suffice to say it was an incredible experience and it was obvious the film was going to be something special. The set alone captured the “King Flavor” and all the actors were gracious and were having a good time despite it being a grueling, six months shoot.

What is it about Stephen King’s work that made you become not only a fan, but a filmmaker of his works?
King’s writing is accessible and easy to read but at the same time very visual. King himself has said that his writing is like having a movie projector in his head. The stories and characters are just so “real” it’s easy to imagine them as a movie. As to how I became a filmmaker/adaptor of his works – just fate and passion I guess.

What is your greatest moment so far with ‘Last Rung on the Ladder’?
There was no one moment or incident that stands out. I just had a wonderful time working with the kids and Dan and then all the post-production work on my own. There’s something so great about physically cutting a piece of film as opposed to editing on a computer (which I have never done). It was a pivotal experience in my life – both in terms of my development as a filmmaker and storyteller – and it certainly got me some notice in the King community, which was wonderful.

If you could adapt any of Stephen King’s works, which ones would they be and why?
Many people have wanted to adapt The Long Walk – my pal Jay Holben among them. I believe Frank Darabont still plans to do it someday. As for other short stories, I would love to make “One for the Road” but logistically it’s a nightmare – simulating a blizzard and shooting on location. I have seen a couple Dollar Baby adaptations but don’t think they’ve quite captured the terror of that story. The only other King project I’d love to do – or at least see done right – is Firestarter. It’s one of my favorite novels but the 1984 film is really not good. Ironically the script is faithful to the novel but a strange combination of miscasting, poor direction, and lousy editing make it feel like a bad TV movie.

What’s next for James Cole?
For the time being I’ve moved away from film and focusing on books. I’m currently writing my memoirs and then I plan to ‘reverse engineer’ and adapt two screenplays to Young Adult novels, as YA is a huge industry and I think I’d have better luck getting these stories sold as books instead of movies.