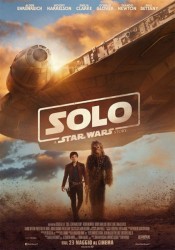 On May 25th 1977, the genre of science fiction changed forever. The release of what was thought to be one simple film trilogy, has now spanned over four decades, marking 2018, as the 41st year of its ongoing story, a tale that just about every generation, since its original release, has enjoyed.

What’s the film that started it all, so many years ago? EPISODE IV: STAR WARS: A NEW HOPE! Two more films would follow, EPISODE V: THE EMPIRE STRIKES BACK, and EPISODE VI: RETURN OF THE JEDI, making it the biggest trilogy to hit the big screen in history. We all thought this fantastic escapade had come to an end, and that we had seen the last of those unforgettable characters we had all come to know and love. Not so, as RETURN OF THE JEDI, released also on May 25th 1983, which was the last of the first trilogy, hit the big screen with such “force”, no pun intended, that it was decided to bring the next set of stories to the big screen as well.

The prequel trilogy, released between 1999 and 2005, consists of EPISODE I: THE PHANTOM MENACE, EPISODE II: ATTACK OF THE CLONES, and EPISODE III: REVENGE OF THE SITH. It would be more than several years before we once again saw our favorite characters resurrected from the first, and original trilogy of films. Every fan of the series was more than excited for this, and in 2015, every single STAR WARS fan, of every age, around the world, anxiously awaited the new trilogy to be released. Finally in December of 2015, droves of fans hit their local theaters for the first release of the new trilogy in this returning storyline, EPISODE VII: STAR WARS: THE FORCE AWAKENS. We all loved that the original cast would return to continue the story where they had left off so many years ago, in 1983. 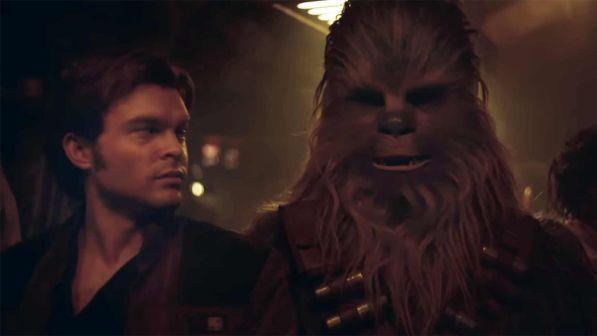 IN 2017, EPISODE VIII: THE LAST JEDI, was released, and this story was a wrap up for several of the most beloved characters in the history of the franchise. Sadly we lost Carrie Fisher (Princess Leia), in December 2016, with her untimely death, just prior to the release of this new installment in the latest trilogy. During that same month an interim film was released, ROGUE ONE, which was a single film that focused on a side story that took place in the STAR WARS universe. It was widely received.

Now here we are, and on May 25th 2018, a new STAR WARS stand alone film was released…SOLO: A STAR WARS STORY is now in theaters. This film too is part of the current Disney owned STAR WARS franchise, which includes all of the newest releases since 2015. Disney is hoping this will be as successful as the first stand alone STAR WARS: ROGUE ONE. We all know and love the character Han Solo, but some of us may not know his story. This new film will give you a better insight to this quirky, and off the cuff character. Here is my review of this latest film, SOLO: A STAR WARS STORY. SOLO: A STAR WARS STORY, is a prequel to the other films, and finally we get to see Han’s backstory!

The film begins on the ship building planet of Corellia. Han (Alden Ehrenreich), and his girlfriend/partner in crime, Qi’ra (Emilia Clarke), are on the run from criminals, as well as looking for escape, and a life of freedom off of the planet. When they finally have a chance to bribe their way through the Imperial Security, things go very very wrong, and they become separated. Han vows he will return for Qi’ra. Three years later, while serving in the Imperial Navy, Han meets Beckett (Woody Harrelson), the leader of a notorious gang who are on a mission to heist a load of hyper fuel known as coaxium, for crime lord, Dreyden Vos (Paul Bettany). However, not everything goes as planned, and Vos gives Beckett one more chance, but with no crew or ship, they must look elsewhere for help. Enter: Lando Calrissian (Donald Glover), the owner of the fastest ship in the galaxy…the Millennium Falcon!

This adventure takes us to all parts of the galaxy. There are many colorful and strange characters Han meets along the way, including a very special one. There are plenty of surprises, and when it comes to heists, this is one of the great heists out of all the stories over the years of this franchise. To see how this fast, fun, and entertaining space adventure ends up, I recommend… SOLO: A STAR WARS STORY. 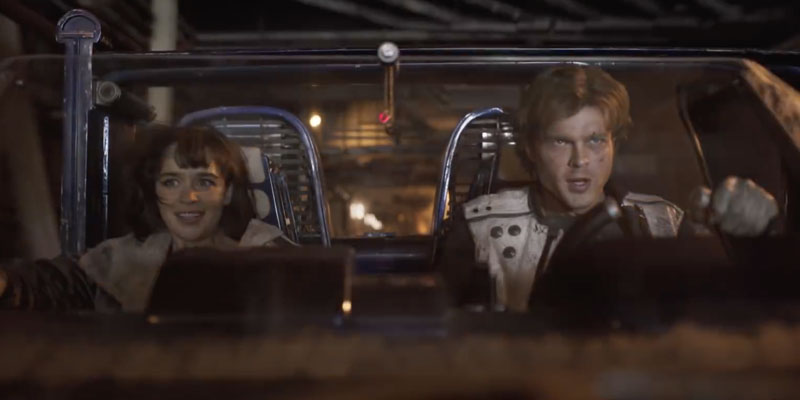 As a die-hard STAR WARS fan, from the minute I first saw that huge “Star Destroyer”, fly across the screen, in 1977, at only 6 years old, I have been hooked! I get just as excited now for a new STAR WARS film as I did back then, however, the question is, are the new STAR WARS films as good as the original trilogy? That is a question that most fans ask every time there is a new film set in that galaxy “far far away”. I have enjoyed the Disney STAR WARS films, but they don’t quite capture that “feel” the original films did. These are for this generation, but to satisfy the older fans, Disney does include many surprises, cameos, and nods to the other films. As far as SOLO goes, I enjoyed it. I found it very entertaining, and I did notice the surprises, even right down to the more obscure ones. I feel though, too many of the original trilogy fans are too busy comparing the new actors, too much to the original actors, which is the case with this new, younger Han Solo being compared to that of, Harrison Ford’s older Han Solo in the first trilogy. I think going into this film you have to remember, Alden is playing “Han Solo”, a very young Han, not the old sage that Harrison Ford’s Han Solo had already become when we first met this character back in 1977.

Remember, these are stand alone films, completely independent of the 9 original stories, and even with that, the timeline is done so that they all fit together perfectly as it would, being that each character is younger, and the original trilogy starts well after these characters have aged some. Anyway, I really enjoyed Donald Glover as Lando, he truly captured that beloved character, and there is rumor of a possible stand alone film for him in the near future. Disney is already planning stand alone films about Obi-Wan Kenobi, Yoda, and Boba Fett, but fans really want a “Jabba the Hut”, stand-alone film as well, who knows? Disney has many future plans they say for the STAR WARS franchise. There is rumor of two more SOLO films, especially with that “hint” at the end once you see this film. Meanwhile, I recommend you see the early adventures of Han Solo, and how he became one of the most beloved science fiction fantasy characters of all-time!