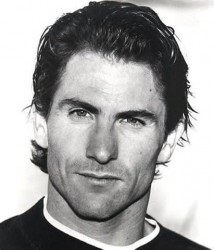 It seems many actors come from the Mid-West to make it big in the film industry. That’s not always the case. Actor John Philbin was born April 27, 1960, right in the film capital of the world, California. Acting wasn’t even his first love. It was the awesome waves, and the sandy beaches of sunny southern California, that were John’s first passion.

John attended Palos Verdes High School in Rancho Palos Verdes, California. He had been surfing since he was twelve, and his love of the sport led him to become competetive by joining a surf team . However, once John began university, he set his love of surfing aside for quite a few years. He attended UC Santa Barbara, and studied Economics. When John’s family moved, he continued his education at the University of Southern California (USC), and pursued his Bachelor of Fine Arts degree. It’s then he decided he wanted to become an actor.

Although John had done several plays, and studied drama during his college years, it wouldn’t be until 1984 that his acting career took off. Like most actors breaking into the business, John took what ever he could get. He landed small parts in films such as, The NEW KIDS, and GRANDVIEW USA.

In 1984, John landed himself a part as the character Amos, in CHILDREN OF THE CORN, a Stephen King book adapted to film. This part earned him a place in the business, not to mention a much coveted SAG (Screen Actors Guild) card. It was in 1985 that John landed his first major role in a film titled, RETURN OF THE LIVING DEAD. This film is now considered a horror cult classic. John played Chuck, a nerd in a baggy suit and tie, teamed up with a group of Punkers, who find themselves trying to escape the living dead in a graveyard. His role as “Chuck” is well known amoung horror fans around the world, but it was John’s next role that is a fan favorite. In 1987, John starred in the surfing hit, NORTH SHORE. One would think that surfing for so many years this would have been an easy role for John to land…not so. John had to audition seven times! Producer Randal Kleiser was looking for that typical surfer stereotype: blond hair and tanned”. Eventually John landed the role, and nailed his part as the character, “Turtle”.

NORTH SHORE is an iconic surfing film, right up there with BIG WEDNESDAY… and POINT BREAK. Once again John played a surfer, however this time alongside actors Patrick Swayze, Keanu Reeves and Gary Busey. POINT BREAK was a huge box office success, not only for its fantastic surfing sequences, but for the twist of the story, bank robbing surfers. John also loved Westerns and horses, and his next role in, TOMBSTONE, would bring his dreams of playing a cowboy to life. He also took on other Western themed roles in television series such as, “Young Riders” and “Dillinger”. However, John’s passion for surfing was still as strong as ever. He began surfing professionally again as the 1990′s came to a close. Today, John teaches surfing to celebrities, travels across the country to horror conventions, along with his fellow cast members from, RETURN OF THE LIVING DEAD, and lives a very clean and healthy lifestyle.

The waves are his peace and tranquility, and there has been rumor of a NORTH SHORE 2, so you may see John hit the waves in the follow up to this classic surfing film original. Now that I have introduced you to this talented actor/surfer, and all around great guy, let’s hear from John himself! Here is my exclusive one-on-one interview with John Philbin. 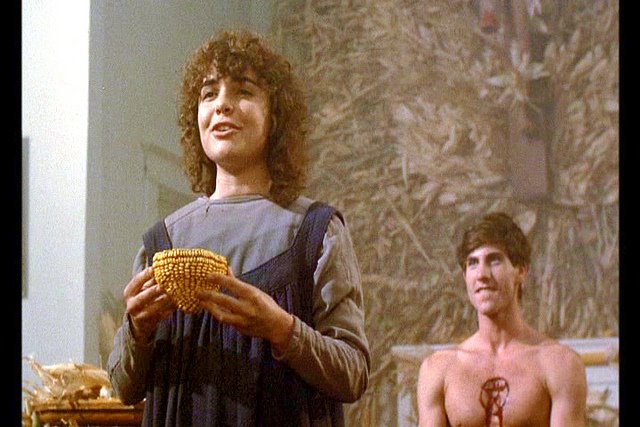 Q. It’s well known that you began a career as a surfer before you became an actor. At what age did you begin surfing, and who showed you the “tricks of the trade”, so to speak?
A. I started surfing at twelve, most kids are sponsored at that age now, my dad taught me how to body surf in the ocean, and my peers, and my competitive nature took over from there.

Q. What was it specifically that lured you from the sandy beaches and surfing, to the desire of being in front of a movie camera?
A. The rush of live theatre in high school and college was as exhillerating as surfing and motorbike riding , and I couldnt make a living doing the extreme sports, so I went all in for acting , full chasing the dream!

Q. Your had a role in one of Stephen King’s novels adapted to flim, CHILDREN OF THE CORN. How did you approach your character Amos?
A. My first film was CHILDREN OF THE CORN, and I was reading and looking at a lot of cult behaviors, but fear and vanity took over on the set, and I just used that mainly.

Q. You had a more extensive role in the film, now Cult Classic, RETURN OF THE LIVING DEAD. What was it like working in harsh conditions, such as rain, mud, running around in less than perfect conditions? Also what was it like working with director Dan O’ Bannon?
A. Much has been said by actors who do wet work. Yeah, it’s cold and dirty, but it still beats mining for coal. Dan O’ Bannon was a gentle genius to me, never harsh or critical, he had a lot on his mind , and I guess he was getting what he needed from me.

Q. You’ve done a lot of Western type roles on television and on the big screen. Do you prefer Westerns over Horror genre? Can you share any fond memories working on the fan-fav, TOMBSTONE?
A. I like good parts , but if I had to have a background, soft focus, glorified extra role in horror or western, I would take the one where you get to ride horses and shoot guns, and dress up as a cowboy… and TOMBSTONE was that, along with sitting around with the best actors in the world, telling jokes and stories.

Q. Your most acclaimed role came in 1987 as the surfer “Turtle”, in another type of cult classic, NORTH SHORE. Was this an easy opportunity for you considering you already were a surfer, or did you have to work hard at the audition like everyone else?
A. I auditioned for Turtle, and North Shore seven times, more than any other film I have ever gone up for. They just couldn’t see me as Turtle, but I got lucky and played a real guy who inspired the role, so it seemed I created a whole new persona.

Q. Your biggest blockbuster success came with the mega hit, POINT BREAK. You co-starred with actor Patrick Swayze, who was known as being very down to earth and peaceful. Can you share your thoughts on working with him, and the peaceful lifestyle he encouraged?
A. I made two movies with Patrick Swayze, and grew to really love him. He was so generous and tireless, loved horses, music, people , most loved actor I knew, and deservedly so.

Q. With a career that has had you surfing huge waves, running from zombies, and riding horses, have you ever withstood any injuries while filming?
A. I like stunt doubles, the division of labor. I have been most injured while free-surfing (recreational), over the last 40 years, never on a movie set.

Q. In your younger years in Hollywood, you were frequently seen on the party circuit with actors such as Eric Stoltz, and George Clooney. What was it like for you during the 1980′s, and is there anything you miss from that era?
A. I got, and stayed sober, from the day I graduated college, and became a professional actor in 1983, for 12 years through Tombstone into 1995, but I did more than my share before that, and after the movie roles slowed down. I can not party and work, they do not mix. What I miss most from that time was all the work available to young actors like myself and Eric Stoltz, we had a blast. 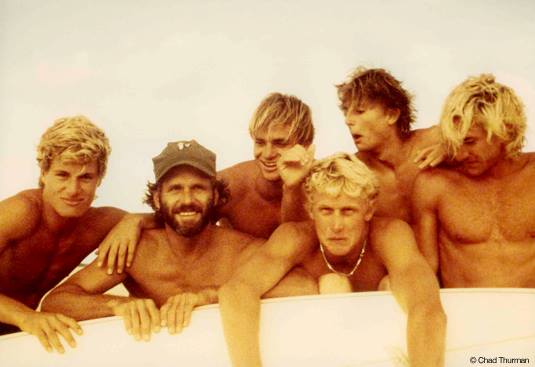 Q. Who are some of your surfing idols, and what advice has stayed with you from them?
A. My surfing guru Gerry Lopez advised me never to quit surfing again, as it is one of the least expensive, and long lasting recreational activities known to man.

Q. There are rumors of a sequel to NORTH SHORE, and a remake of POINT BREAK. Will you be part of either of those films?
A. Nobody contacted me about the… REMAKE… of Point Break, how lame is that? What a bunch of classless opportunists, fail. North Shore 2, will ask ALL the original characters to show up in the movie, because we respect the original.

Q. It is known that you participate in many Horror Film Conventions. What do you enjoy most about them?
A. I like to hang out with my friends from Return of the Living Dead, in a hotel for a weekend, and I love to meet the fans, they are so cool. I like the cash, costuming, and music, and just everything about them.

Q. I read that you do adhere to a “self help and healthy/cleaner”, lifestyle choice for yourself. Can you offer any words to help others with a better lifestyle choice?
A. Drink lots of water, try not to hurt anyone, even yourself.

Q. Final Question – What is next for John Philbin?
A. I co-produced a Helen Hunt film wherein Luke Wilson plays ME, as a surf instructor, it’s called RIDE, and comes out this summer, it’s really good. I also play a version of myself in UNDATEABLE JOHN, with Daryl Hannah, Estella Warren, and Tom Arnold, comes out in the fall, really looking forward to that! Thanks for the questions.

I really enjoyed doing this interview with actor John Philbin, and thank him for his time in giving us such an insightful look into his life. I wish John the very best in the future, with his careers of film actor, and surfing.Hang ten dude!