THE WIND THROUGH THE KEYHOLE – Stephen King 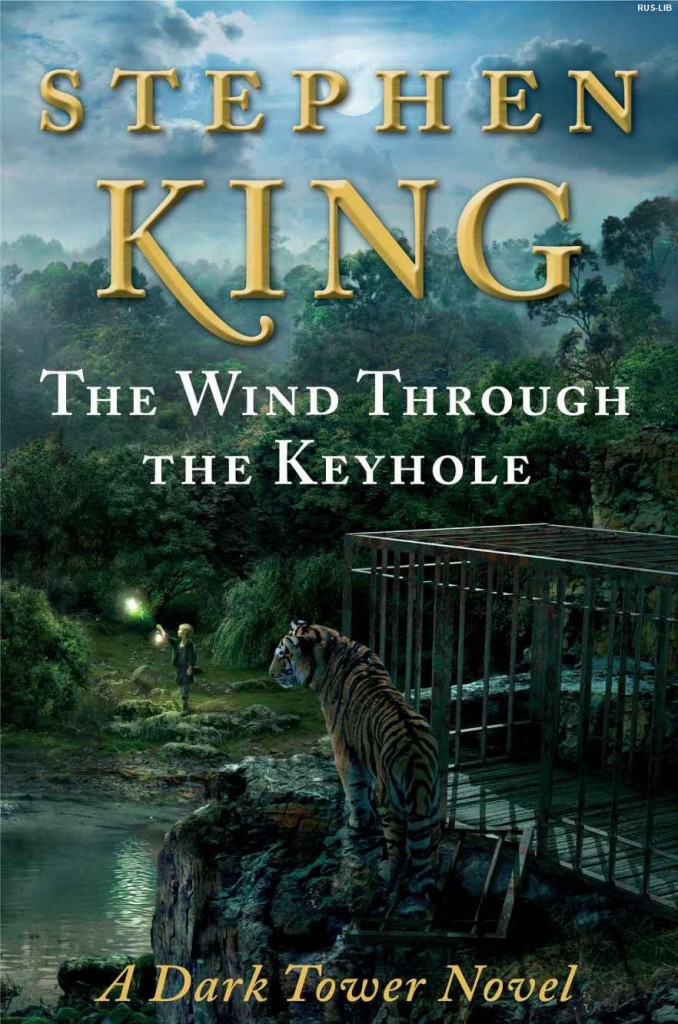 Every artist that ever lived has a piece of their work that doesn’t just prove how talented they are, but in some cases stands the test of time. Some of those artists have one thing that is considered their “Masterpiece” or “Swan Song”. When it comes to the Master Storyteller, Stephen King, it’s quite debatable.

Some will say it’s his early works like Carrie, Salem’s lot or The Shining. Others might say it’s his Epic novel and fan favorite, The Stand. However, you can pretty much guarantee on one thing; King’s true Masterpiece, the book that he will be remembered most by the legacy that stands above all others, the journey to last a lifetime is and will always be, The Dark Tower. Based on the poem Childe Roland to the Dark Tower came, King released the first of what would end up being eight books. The first, The Gunslinger, was first released in 1982. The story tells the tale of a gunslinger (a “Western cowboy/knight” type of hero), named Roland Deschain, son of Steven of Gilead. Coming from a line of gunslingers of “Arthur Eld”, Roland is sent out to find the Dark Tower “… The Man in Black fled across the desert and the gunslinger followed …”, were the first words that would set the stage of what would be the ultimate quest for the symbol of what stands for all living things and life as we know it and the back-bone of the universe and space time continuum. Beams (” ... all things serve the Beam …“), lead to the Tower and if the Tower falls so does life as we know it.

Roland must travel 1,000′s of miles, journey through wastelands and deserts and even different ports of times, making new friends (or Ka-tet), and even worse enemies including The Man in Black and The Crimson King, evils beyond ones imagination. Along the way, Roland has companions from different times (or “whens”) such as; Jake Chambers, Eddie Dean, and Susannah Dean/Detta Walker, and Oy the Billy Bumbler. Their journey together will be long, difficult, scary, sad, and a quest that will change their lives forever. Fans have grown to love these characters and have made them a part of their own lives. It is a journey like no other. Now 3o years later, Stephen King brings us back to Mid-World and reunites us with those beloved characters once more. With the last Dark Tower released in 2004, fans thought they’d never read their favorite characters again……until now. With seven books, this eighth book is actually 4.5 which takes place between Book 4 (Wizards and glass) and Book 5 (Wolves of Calla). So, here now are my thoughts on the latest The wind though the keyhole.

To bring you up to speed a little, Roland has begun his quest for the Dark Tower. Meeting companions along the way from different When’s, Roland now has Jake Chambers of New York (a little 12 yr. old boy who plays an important role in Rolands life..twice), Eddie Dean of New York (a drug user/dealer that is pulled into Roland’s world as a future gunslinger and helps search for Roland’s beloved Tower), Susannah Dean/Detta Walker (a African-American from the 60′s who has lost her legs by an “usual accident” and has a split personality, but is “saved” by Roland and Eddie. (Eddie and Susannah are now companions), and Oy the Billy Bumbler of Mid-World (a cross between a raccoon/dog/ferret that becomes Jake’s pet). The group have gone through many adventures and traveled hard, especially going through the nightmare of Blain the Mono, but now after surviving that ordeal, Roland and company continue their quest for the Dark Tower. Their journey brings them in this novel to a place where an old ferryman tells them that the storm known as, Starkblast is coming (a tornado type of storm that’s very severe), inwhich they must take shelter very quickly.

While they take shelter, Roland passes the time by telling his companions a story from his younger days. This helps pass the time and take their minds off of the storm that’s on its way. The story he shares is about when he was a young boy and he and his friend; Jamie DeCurry, are sent out by Roland’s father to find a killer known as “the Skin-Man”, a shape-shifter that is killing and terrorizes a farming area in and near Debaria. While on their way, the train they’re on derails and must ride horseback the rest of the way. On their way, they stop in a town called, Serenity where Roland learn’s his mother stayed there while having a nervous breakdown after her affair she had while married to Roland’s father. It is here Roland gets help from Sheriff Hugh Peavy and has Jamie go around gathering up all the salt miners in the area (an “usual suspects” type of scenario). Meantime, nearby Roland learns of a very young boy whose father was killed by the Skin-Man and claims he knows a way of finding out who the killer is. While they wait, Roland tells young Bill the story Roland’s mother told him in bed when he was little called; Wind Through the Keyhole, which is about a young boy, Tim Ross who helps his widow mother from the evils of her new husband and must travel through woods and swamplands to get back home to save her. Once his tale is told, Roland must now find out who or what is the Skin-Man and try and save the town and surronding areas once and for all. Does Roland find the Skin-Man? What happens to young Bill? And will Roland and his Ka-tet ever find his beloved Dark Tower? For these answers and more I highly recommend The wind though the keyhole.

When I first heard of a new Dark Tower book coming out, I was beyond over-joyed! I wondered after all these years what Roland and his companions were up too. Once I learned it wasn’t an actual “sequel” but an “inbetween” story, it got me very curious. Even tho this story is a bit “different” than the other books, with its “story within a story- within a story scenario”, it still was nice to reunite with those characters again and that “old feeling” came back like a big rush right away. Any die-hard fan would agree. Although it was nice to meet new characters and reunite certain “enemies”, it was the main characters we’re all familiar with that makes the story real special. I didn’t want to reveal too much of the story because of my no spoilers rule, but if you’ve read the other books, you’ll enjoy this novel as well. It flows very nicely and even tho some of the terms and phases are a bit confusing at times of Mid-World, it still captures that same special feeling you got when you began your own journey in Book One of the series. If you’ve never read any of the Dark Tower books, I highly recommend them. If you enjoy fantasy, good vs evil, and an adventure that takes you through times and worlds like no other, than this series is for you. So, enjoy the latest Dark Tower book and for some of you … we’ll see you in Mid-World. “Long Days, Pleasant Nights”!