Language
Through the Black Hole » STAR WARS: RETURN OF THE JEDI – Richard Marquand 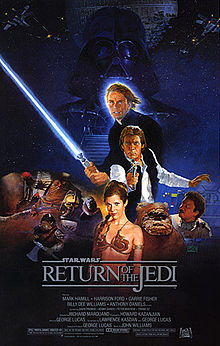 Once upon a time, long ago in a decade far, far away … once there was a little boy. A boy who was just a little kid who played with Tinker toys and Matchbox cars and didn’t have a care in the world. Highlights of his day were Sesame Street, chocolate milk, and nap time. Then one day in May of 1977, a film came out that took the world by storm. In the 70′s, scifi took a major turn when the mega blockbuster, Star Wars was released.

This little boy saw the commerical and begged his mother to take him to go see it. Once he did, he was changed forever. His life, himself, his world had become Star Wars all thanks to director George Lucas. From that moment on, the little boy asked for nothing but Star Wars toys, bed sheets, posters, comic books, shampoo, cereal, you name it he had it. Birthday’s, Christmas, good grades at school he was always rewarded with an action figure, playset, or something with Star Wars on it. 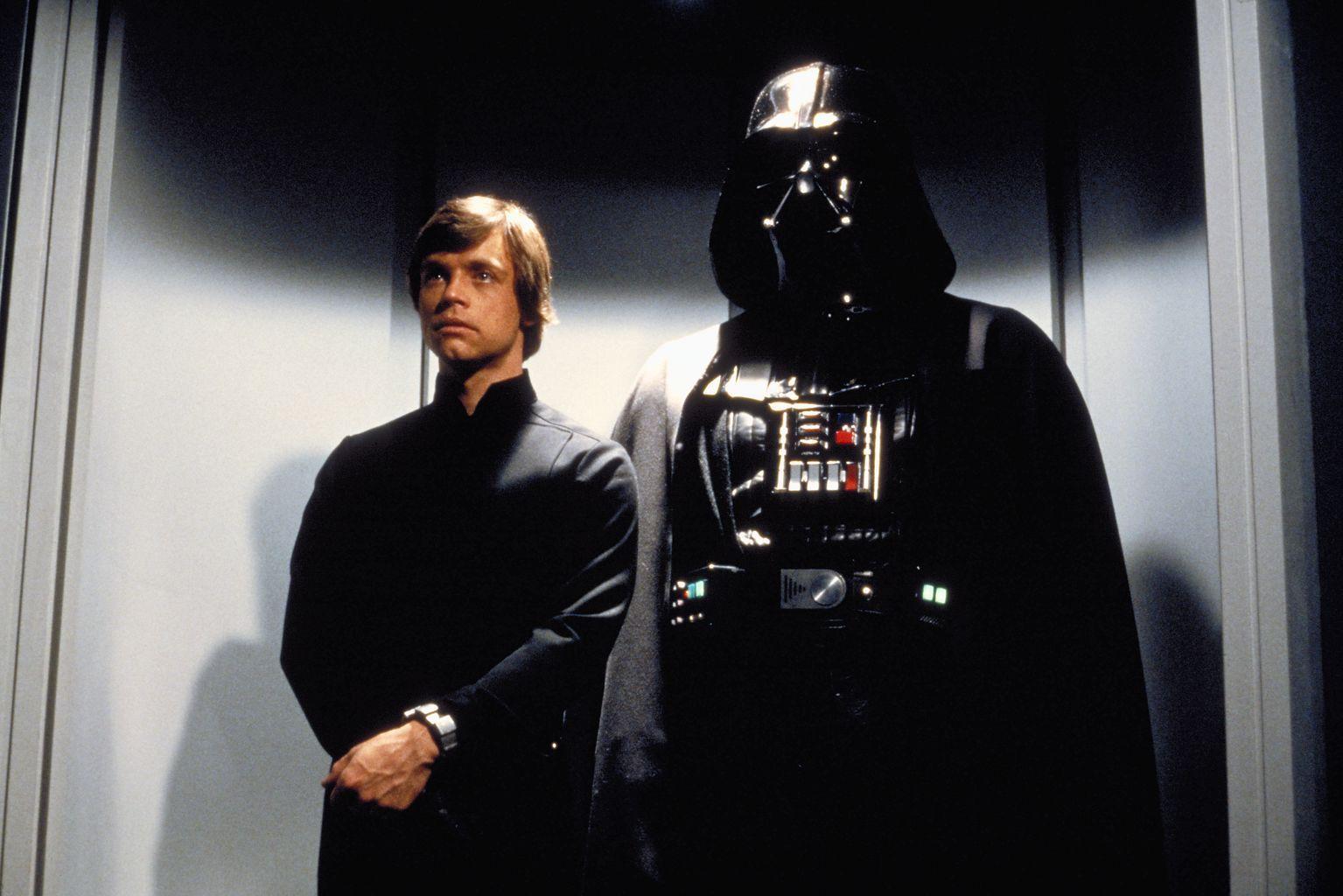 Three years later, that little boy grew up, but his heart was still in that galaxy far, far away. Now 9 years old, his heart jumped a mile a minute in 1980 when the sequel to Star Wars was released called, Empire strikes back. His love for the Star Wars universe grew 100 fold. More toys, more merchandise, more love for that great story that he dreamed every night he would live in someday. His feeling at the end of ‘Empire’ was different, tho. It was a little darker, mysterious, questions were left in his head when he walked out of the theater. Such things as; Who is Lukes father? Who is “another” Yoda speaks of? And, Is Han dead or will he be rescued? Watching the film that year 8 times still gave him no clues or step closer knowing the truth. He would wait, play with his toys and have his own adventures for another three years. 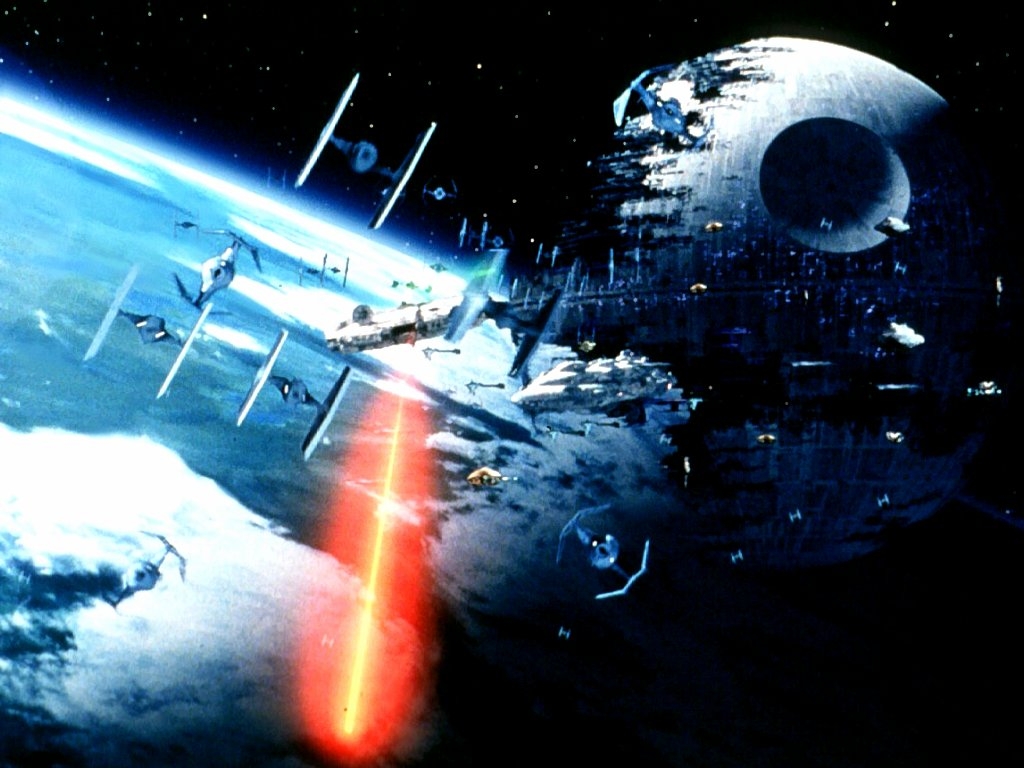 The time seemed to pass ever so slowly, but then something happened in the little boys life – he moved from the sleepy little town in North Carolina to the big city life of California! His eyes grew and his heart raced knowing he would be living in the world of celebs and movies. Palm trees, the beach, and the strangest land he would ever know. Not everything was all glamore for him, tho. Living in an apartment in the not so glamore side of Hollywood, neighbors who didn’t speak English, and wasn’t safe to play. Where was he? What kind of place is this? Two months later all of that didn’t matter. It was May 25th, 1983, 30 years ago this day that the little boy was back in that galaxy far, far away. The final (at least that’s what we thought at the time), chapter of the Star Wars saga was released; Return of the jedi. He was at the corner 7-11 when he first heard about it. A magazine with a picture of the New Death Star on it put him into a very excited state. He ran all the way home to share the great news. He wanted more than anything to see that first showing. 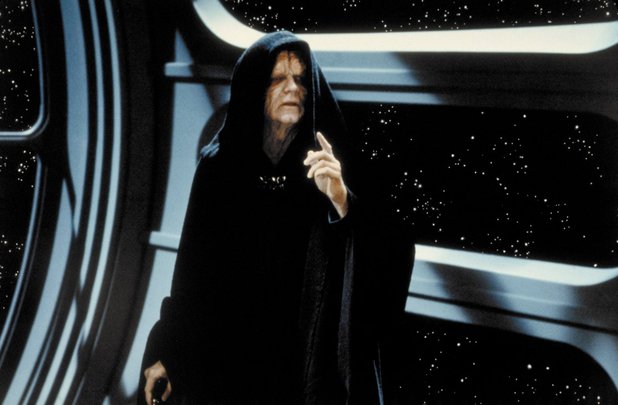 Little did they know there was such thing’s as “Midnight Showings”, but instead, the little boy & his family were at the Egyptian Theater on Hollywood blvd. at 4:00 in the morning! Sleepy, tired from excitement, he fought to stay awake, but didn’t miss a second of it. He was like a kid in a candy store! His favorite moment was seeing Jabba the Hut for the first time! Han making it out of carbonite, and finally the last battle between Luke and Vader. The credits rolled and there was sadness in that little boys eyes. The story was over. His adventures had come to an end. He knew (at the time) there would be no more. A tear began to form in his eyes. Going to the book store on Hollywood blvd. right after, then the toy store, and then breakfast – the little boy was happy again. His ‘Jedi’ collection had begun. 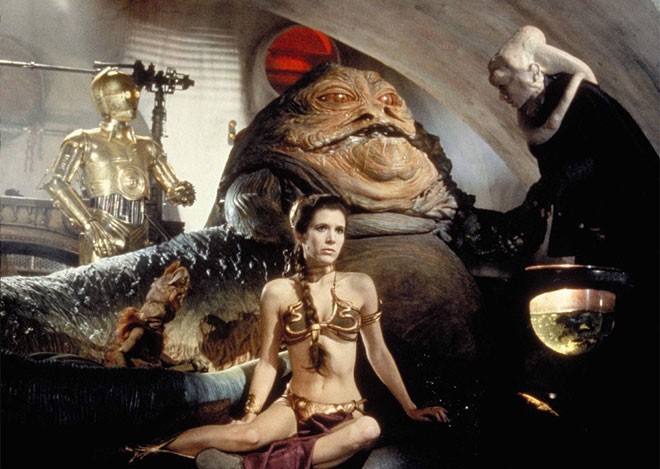 Time past, the little boy grew up, his mother told him they were moving back to North Carolina and had to leave their things in storage and that included all of his Star Wars collection. The little boy begged do take it all with him, but the mother wasn’t that understanding refused and later lost all of their belonging’s for not paying the storage bill. The little boy cried hard! He had lost his childhood right then and there. Even tho he brought some with him in their move, it still hurt and never forgave his mother for that loss. Time moved on and the Star Wars Prequels came along and even tho he was happy it didn’t feel the same as that magic that touched his life when he was a kid. Slowly his collection was built a little, occasionaly he likes to return to that galaxy and memories of his youth by sliding the dvd into it’s player.

The memories will never go away, that’s something they can not take. Soon a new set of Star Wars films will be coming out and he will be there first day just like many times before, with excitement and love for that world of fun and adventure. And now, here he is writing this retrospect and remembering one of the happiest times of his life. Because that little boy was me. Happy 30th Anniversary Return of the jedi … you made this little boy a happy man forever and ever. May the force be with you.