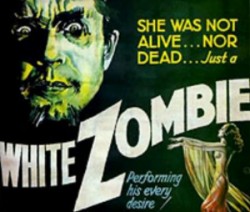 “They are not men monsieur, they are dead bodies.” This is going to be so hard for me to write about a great Lugosi film and nor write 9000 words on Lugosi the MAN … It’s stunning to me how overlooked this brilliant gem of a film is.

From a stylistic perspective it is one of the most beautiful looking films I’ve ever seen with lush photography and avant-garde editing (for the time) which are complimented by a gothic story line. White Zombie has a kind of childishness and innocence that can only be found in the films of the 1930′s –an era of constructing the Hollywood archetypes which would define and create entire genera’s, White Zombie is no exception.

While the “big 5″ monster movie archetypes would come from Universal Studio’s (Dracula, Frankenstein, The Mummy, The Wolf Man, and The Creature from the Black Lagoon) the zombie however would come from an independent studio. The bulk of the zombie genera has remained independent even till today, sadly Hollywood is finally infiltrating The Walking Dead and the car crash of a film World War Z though there have been other trespasses. I digress… 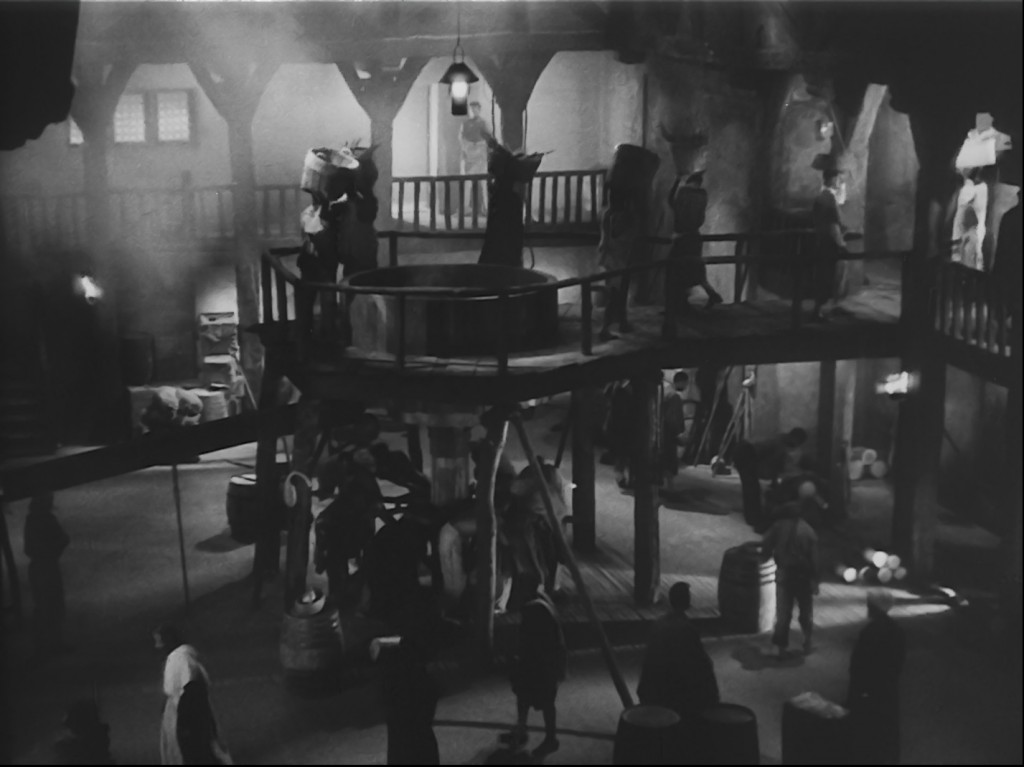 The story is that of a double cross, when a plantation owner meets a soon to be married young couple in the West Indies and falls in love with the bride his only hope at getting her away from her betrothed is to talk to Murder! That’s right MURDER, as in Bela Lugosi’s character’s named MURDER Legendre. The plantation owner and convinces Murder to help steal the Bride to be (Madeleine, played by Madge Bellamy) but Murder has other ideas. With a name like Murder what can you expect, especially if you’re played by Bela Lugosi.

Of the many impressive aspects of the film is its look, which is just down right creepy, dark and disturbing. Murder owns a sugar mill and uses his zombies as slave labor. The scenes of the camera moving through the sugar mill when we are formally introduced to the zombies and Murder are like a primitive example of what Tim Burton would latter exploit in similar sequences in more than one of his films (Burton also showed clips of White Zombie in probably one of this best films to date Ed Wood in which an aging Lugosi is played by Martin Landou. Landou won the Academy Award for best supporting actor for his portrayal of Lugosi). 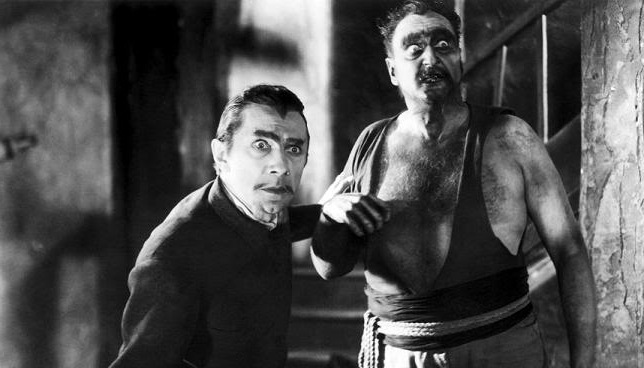 Yet it’s more than just the camera work and set design (which is a tad too mid-evil for Haiti) that give the film it’s intense atmosphere, it’s also Bela, or rather Murder –who can carve a candle into a voodoo doll in the bat of an eye. For Bela this film was made a year after his most iconic roll of Dracula at Universal. Lugosi would go on to play Dracula in stage shows over 1,200 times and would later be buried in his famous Dracula costume. Hollywood legend has it that actor Peter Lorre joked to Vincent Price at the funeral saying “Do you think we should drive a stake through his heart just in case?“

Lugosi actually appears in two of the Universal Classic horror “icon” films Dracula and The Wolf Man while they are some of the earlier vampire and werewolf films White Zombie is the start of zombie genre and while it is an independent film it was however shot on the Universal back lot. Harold Mclernon’s editing is a collection of amazing fade throughs and wipes used smoothly and gracefully but keeps the story moving. The most famous I think would be Bela’s eyes threw to the back of his head and into a shot that has to be seen to be believed –a shot that done without computers. 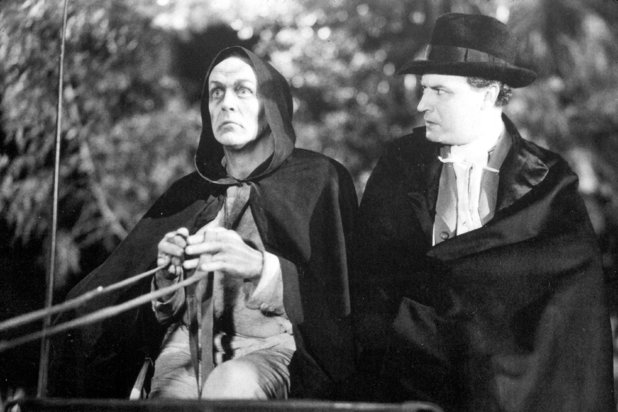 White Zombie is just an awesome sight to behold, not just in pictures but also in occasional moments of pain and insanity caused by grief. I think there is a part of anyone who has lost a loved one that wishes for a way to bring them back after death, even if it is just a trace of the person they were before death. White Zombie‘s producers the Halperin Bros, released the film to lukewarm reviews it is little ahead of its time and I feel that is the typical reaction. Sadly The Halperin Bros would over extend themselves making some films that I’d have to say are a bit of an acquired taste … after making such films as Buried Alive (1939) and Girls’ Town (1942 not to be mistaken for the 1949 Mamie Van Doren film of the same name) they went bankrupt.

Due to bad business transactions White Zombie wound up in the public domain … White Zombie is a film made for people who love old atmospheric horror films, black and white gorgeousness and Bela Lugosi in all his grandeur and at the height of his game before drug addiction and B-movies would overtake his tragic and dark life.