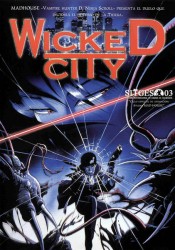 I’m guessing this will date me but I’m so old that we didn’t call it anime, we called it japanimation. The term “anime” didn’t make sense to me, japanimation was made up of the two words that describe what we were watching: “Japan” the country where it was from and “animation” what it was. Around 1997/8 someone told me that japanimation wasn’t politically correct… I still don’t get why, nor do I care but what I’m talking about is so old school I can only call it by what it was to me: japanimation.

We were gore hounds and suddenly discovered this genera of ultra violent, super gory, nudity filled cartoons, everything a twelve year old boy needs. Most of the fans of todays anime I feel might be taken aback by some of the genera’s “japanimation” predecessor films. I’m not saying that I don’t like the films of Miyazaki (Spirited Away, Princess Mononoke) but a lot of the new jack genera fans I meet today would throw up at the old school history…

Wicked City is part of that gory history. Is it the nastiest? No, but it’s definitely a nice piece of extreme cinema. Released in 1987 in Japan and hitting the US video store shelves a year or two latter Wicked City is a gritty, blood soaked tale of two worlds. The harsh human world and the even more brutal supernatural world and tension is mounting between both dimensions while working up to the renewal of a peace of accord between the two. Both worlds have agents in place called “black guards” that act like The Men Black –if they killed eyeball teeth creatures. Radical factions from the supernatural world are trying to kill a key member in an up coming peace accord, a dirty old man named Mayart. When I say “dirty old man” I mean the “banging whores” kind of dirty old man. Mayart spends a lot of time in the film sexually harassing Makie the female agent form the supernatural world sent to guard him. 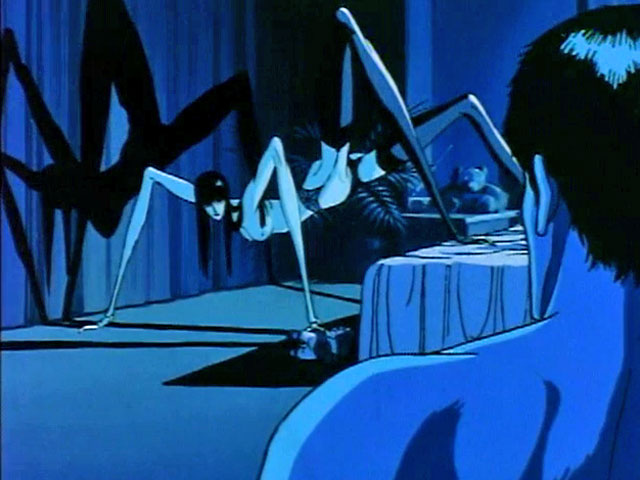 On the topic of the 80′s and things you don’t really see all that much of anymore in film, Wicked City has lots of nudity –most of it disturbing. By disturbing I mean a sex scene where the woman becomes a spider creature with a giant fanged vagina, a woman who sucks men into her body and I want to say there is about two rape scenes. For me one of the even more disturbing aspect of Wicked City is not just the rape but its extremely casual handling of rape. Granted the woman being raped is from the “supernatural world” and maybe they are different, but this character is raped twice in one night and ends the night by having sex with her partner who is human member of The Black Guard.

When this was like the third japanimation film I’d seen, it was hard to process that medium typically reserved for children’s entertainment was showing this. I also hadn’t seen I Spit on Your Grave (1978) which is the be all end all of rape films, but where I Spit on Your Grave shows the horror of rape and preaches that a woman who’s been raped should have free reign to avenge her crime as she sees fit Wicked City is almost a glib counter point. 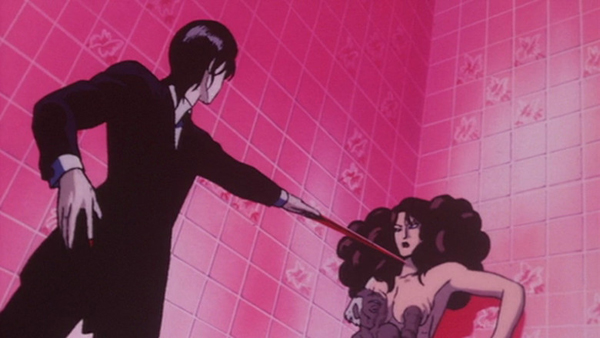 Like most cities Wicked City is gritty dirty and it’s nights are full of foul things that go bump in the night. Of all the Cities I’ve been to New York is really the closest to director Yoshiaki Kawajiri vision –even the tentacle monsters look the same. Kawajiri also directed the film Ninja Scroll (1993) which has a very similar attitude as far as sexual violence goes. Later he’d go on to do Vampire Hunter D: Bloodlust and one the shorts in The Animatrix which is a bunch of animated shorts revolving around the The Matrix movie franchise.

If you’re looking for the strange, the weird, the grimy Wicked City is worth the trip. There are no tourist attractions and the citizens are by and far not the nicest, yet the tourist with a heart of darkness will be welcomed…