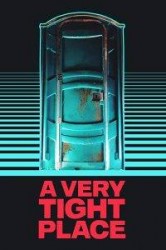 Stephen King has run the gamut of every scenario possible with his stories, and with characters ranging from vampires, werewolves, killer clowns, cars, dogs, cats, and monsters from other worlds, and nearly everything else we can think of. However, Stephen King has at times had a very twisted imagination, or so it seems. The short story A VERY TIGHT PLACE was first published in the May 2008 issue of McSweeney’s, and later appeared in King’s 2008 collection of stories entitled, Just After Sunset.

This story is about Curtis, a middle-aged man who is lured to a construction site by his very unfriendly neighbor. The two have had numerous confrontations with one another regarding legal disputes over property rights, and the death of Curtis’s dog, whom he blames his neighbor for. Once Curtis is at the site, he is then forced into a porta potty, locked in, and is left to his demise, along with the most disgusting and foul odors one can imagine, not to mention other creepy encounters. Poor Curtis, I wonder how all this will turn out for him?

This Dollar Baby was disgustingly entertaining, and well done. With an interesting soundtrack, enjoyable performances, especially the two main actors, a bit of quirky humor, and actually seeing the amazing, but difficult way of filming in a porta potty, I think Stephen Tramontana hits the mark with this adaptation. This is a Dollar Baby film you won’t want to miss. I do however, recommend viewing it…after lunch!