Language
Through the Black Hole » James B. Cox – Interview 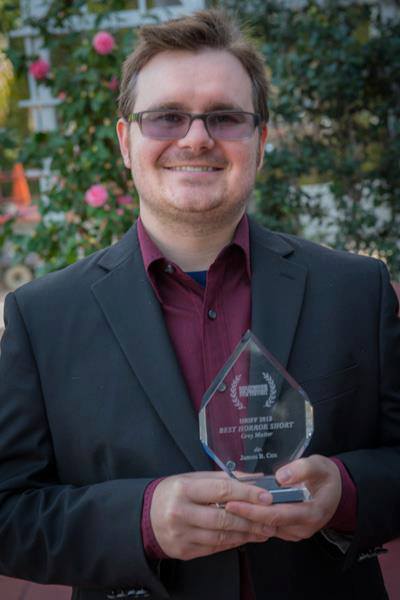 Once again it is time to take a break from Summer Blockbusters and take a moment to focus on the “smaller” films that are worth your time. As a firm believer in Short films and Independent films, I feel it is important to bring more of these type of films into the spotlight and be recognized as what they truly are; Art. Part of that is supporting your local Film Fests, Independent filmakers, and supporting the “Dollar Baby” program.

Dollar Baby is a special film program brought to you by the ultimate storyteller; Stephen King. It gives the chance for up-and-coming filmakers to have their big break into the film business and at the same time, show the world how talented they are. We have another Dollar Baby film for you. The film is called; Grey Matter. It is a film based on the Stephen King short story, Grey Matter which is in the book Night shift. Filmmaker, James B. Cox has brought his vision of this very scary tale of suspense and horror to the big screen.

James B. Cox was born March 21, 1984 and is a California native originally from Menlo Park, CA.  Growing up in the “movie capital of the world”, it was fitting for James to go into that field he would grow to love. He got his undergrad degree as a BFA in Film Production and an MFA in Film Producing. It was soon thereafter James worked at Disney as ABC TV Group and ABC Family at The Sublime & Beautiful. However, it was the love of movies that brought James his first major film and how lucky he was that it was based on a Stephen King story, Grey Matter. 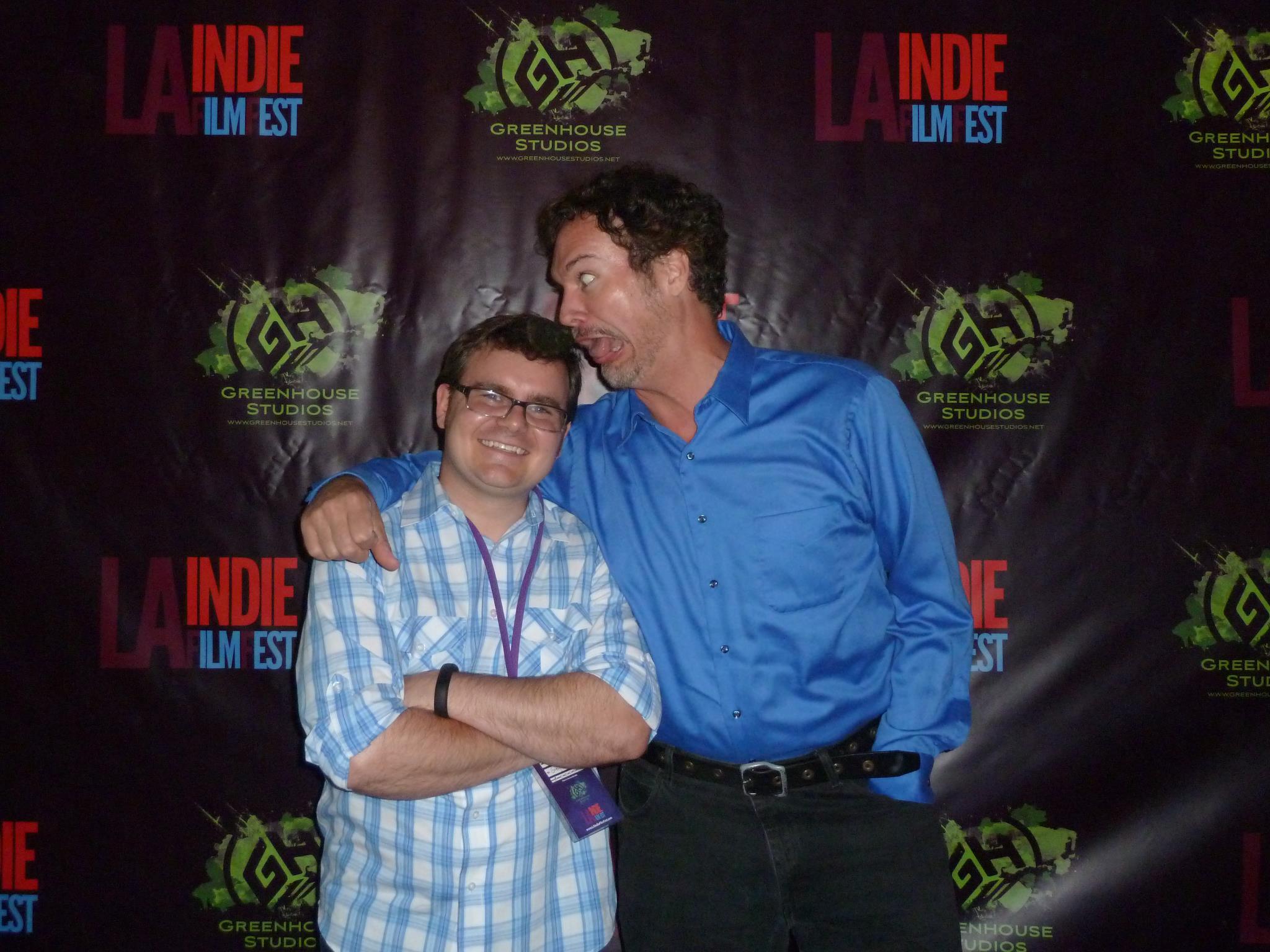 Out of all the Stephen King short stories, what attracted you to this one?
Creatively, I was attracted by the signature King themes of human frailty and normal people facing supernatural situations in Grey Matter. From a practical perspective, it had not yet been made into a Dollar Baby Film at the time. This offered the opportunity to not be compared to another filmmaker’s vision of the story. Since we started making Grey Matter, other filmmakers have been approved to adapt the same story, although I have not seen any of their films yet.

Your version differs from the original text a bit, what changes did you prefer over the original book?
The changes I made came out of translating the story from the written page to the projected screen. The original short story is told through Richie’s son alerting the men at the local bar to his father’s transformation. For the sake of the film, I wanted the action of the story to be playing out in front of the audience—- not as a “flashback.” This decision led me and my co-writer, C. D. Tomlinson, toward finding a new way to tell the story and convey the son’s perspective. We arrived at the “Boy Who Cried Wolf” parable as a dramatic structure to deliver the story with maximum emotional impact.

What was your main goal you wanted to achieve about this film?
My first and foremost goal was to capture what has always compelled me about Stephen King’s stories– his depiction of the distortion of the human body, the dark side of our world and ourselves. All three of these are at play in the original short story and my film, although they appear in different ways. For instance, Richie’s transformation is very different from David’s. Richie becomes a completely inhuman monster, a type of fungus (what could be more unnerving?). David becomes a different kind of monster– He never loses his humanity, but he’s distorted by the ravages of war and corrupted by his addiction to alcohol. Both are exploring the same themes, but differ in their approach. the biggest difference between the original story and our film is that the film is more concerned with how this transformation affects his son. 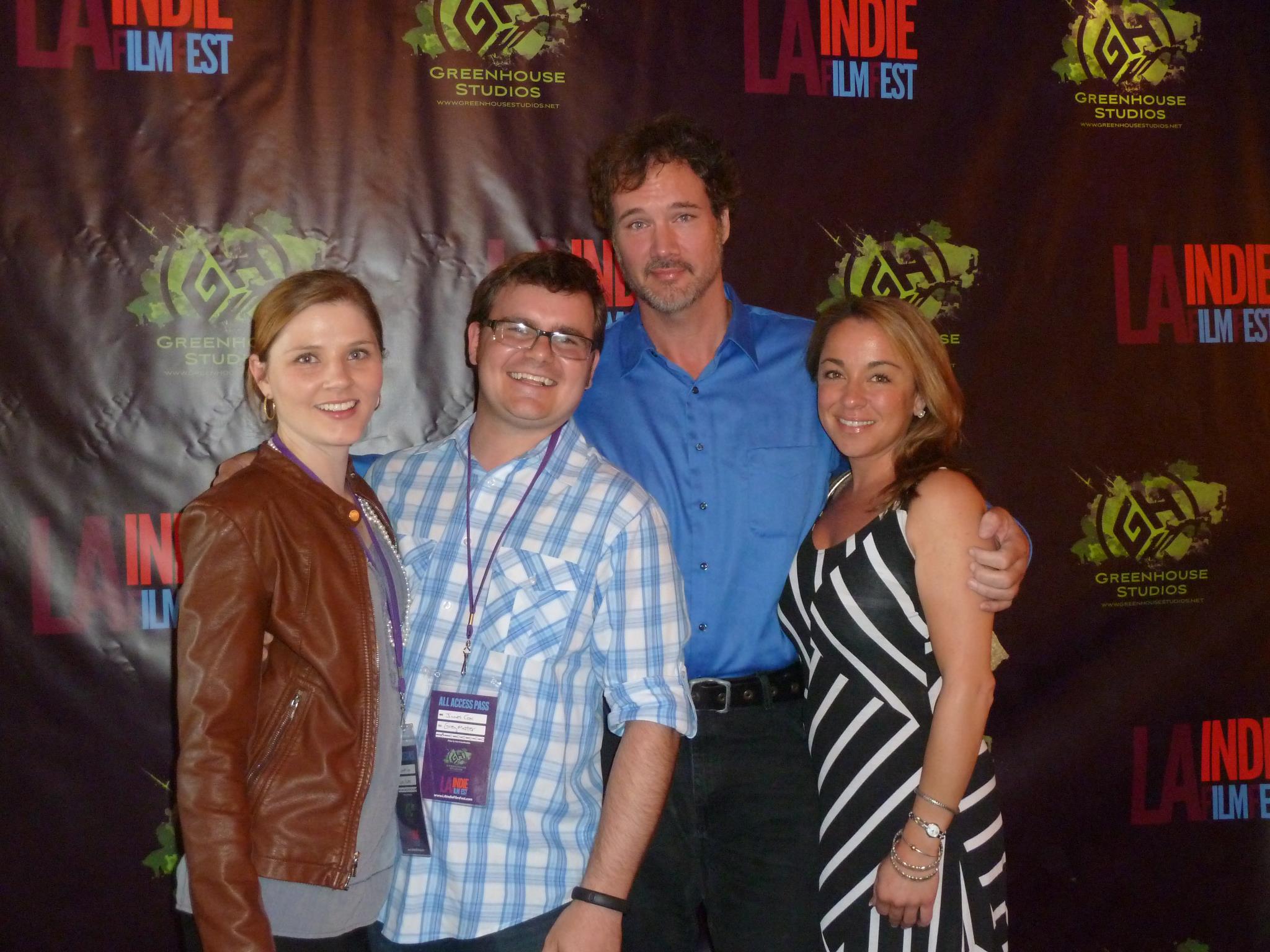 What is your greatest moment so with the success of Grey Matter?
Everyone knows that making a film is really difficult and it requires the concentrated effort of many people. Usually just finishing a film feels like a great accomplishment. So the opportunity to screen for audiences around the world and hear their reactions as they watch is really satisfying. I’m also very greatful for the special recognition and awards we’ve received from nearly every festival where we’ve been invited to screen. It’s been a really fantastic run.

What Stephen King story would you like to adapt on a larger scale?
The Sun Dog and The Road Virus Heads North are some of my favorites. I would love to take a crack at one of his novels that deal with portals into other dimensions like From A Buick 8. Those stories painted very vivid images in my mind.

And our closing question – What is next for James B. Cox?
I’m currently finishing a feature screenplay for director Douglas Schulze’s sequel to his original Mimesis released by Anchor Bay Entertainment. I’m also developing many exciting original projects to write and direct, which I’ll be able to announce very soon.