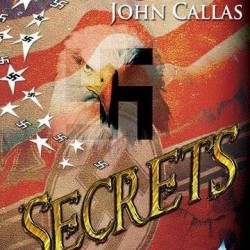 Secrets is a roller coaster ride from start to finish. Taking place during Nazi Germany, a secret agent’s parents are assassinated and makes it his life’s goal to find out who and why this happened? During his quest, he is assisted by a Black Ops agent, Christina, who is beatiful as well as smart to help him track down the clues and suspects.

In a world now full of lies, espionage, war and family secrets – Joe and Christina are on the run against time as they must find out not just his personal “secret” about his parents, but the ultimate “secret”; Who is behind all of this great plan to take over the world? Secrets takes place across years and time, from Germany to the Arctic to outer space. This is a must read for anyone who loves suspense and adventure!

I found Secrets to be an enjoyable read, exciting at times, and suspenseful. It is a cross between Forces of Navarone meets James Bond meets The Expendables. It kept my interest and left me wanting more. I look forward to a “possible” sequel because it does leave you hanging. I have a particular genre taste when it comes to books, but I am certainly glad I took the time out for this wartime adventure story.