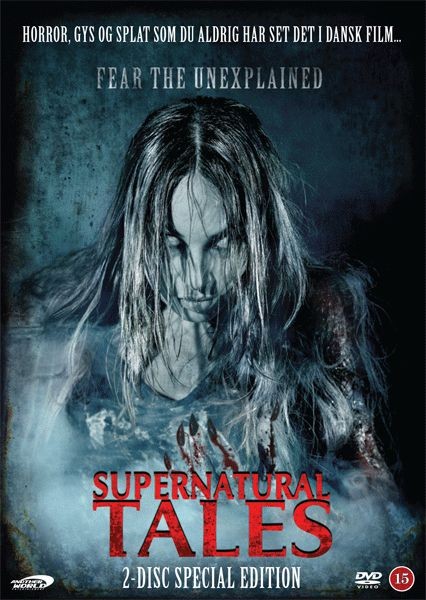 Supernatural Tales is a new double DVD featuring 16 new horror short films from Denmark, all previously unreleased. All films were shown during the Movie Battle competition in connection with CPH PIX 2012 which was held with the theme “supernatural horror”.

Like its predecessor, “Wasteland Tales” from the previous Movie Battle in 2010 with a post apocalyptic theme, “Supernatural Tales” is a collection of no less than 16 short films clearly showing there is a surprising solid mass of film making talent for a small country like Denmark, urging to tell stories other than light comedies and social realistic drama. This double DVD released by Another World Entertainment features all these films and provides a solid 280 minutes of pure entertainment. Many of the films are in English language, and the ones in Danish language are all provided with English subtitles.

The Movie Battle competition is held during the Copenhagen Film Festival, CPH PIX, on April 18 and the films will be available on this fantastic 2DVD from May 6.

You can pre-order here or here.