Language
Through the Black Hole » NECRONOS available on dvd 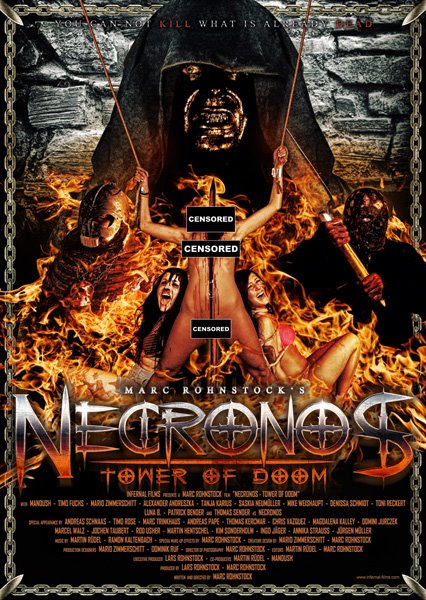 Two brandnew promo pics has been released as a taster for German filmmaker Marc Rohnstock‘s very raunchy NECRONOS. After venturing a couple of European film festivals in 2011 such as Weekend of Fear and Indigo Film Fest in Germany and BUT (B-Movie Underground and Trash) Film Festival in Holland, it finally went out on DVD although so far only in the German speaking countries via the DVD label Laser Paradise which is widely known for releasing unrated and uncensored films that no other labels in Germany dare touch. 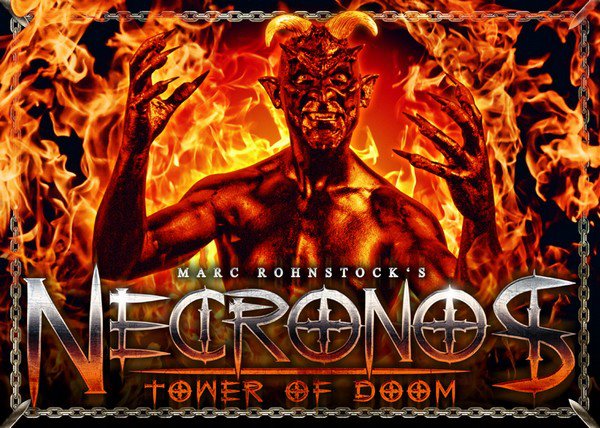 Synopsis: Necronos, one of the mightiest minions of the devil himself has come to earth to create an invincible army of the undead under leadership of barbaric demons, called Berzerkers. To achieve his goal Necronos needs numerous often very macabre and difficult to come by ingredients. So Satan sends him two assistants to achieve his goal – Goran, a Blood Demon and footman loyal to Necronos as well as The Mighty Witch to locate the chosen one – a virgin witch.

You can secure your copy of the film here.