Fantasm, a new documentary about horror conventions and the tight-knit community of fans who attend them, is currently in production under the direction of Kyle Kuchta. Kyle has a self-proclaimed obsession with horror films.

Upon discovering the phenomenon of horror conventions, the young genre fanatic finally felt like a part of a community. He connected with like-minded individuals with whom he shares his love for the genre. Now he’s traveling to conventions all across America to find out why horror brings people together. In addition to legions of devoted fans, the documentary will feature insight from iconic actors and filmmakers. Interview subjects who have already participated in Fantasm include Heather Langenkamp (A Nightmare on Elm Street, New Nightmare), Tom Atkins (Halloween III, Escape from New York), Joe Lynch (Chillerama, Wrong Turn 2), Amanda Wyss (A Nightmare on Elm Street) and more. 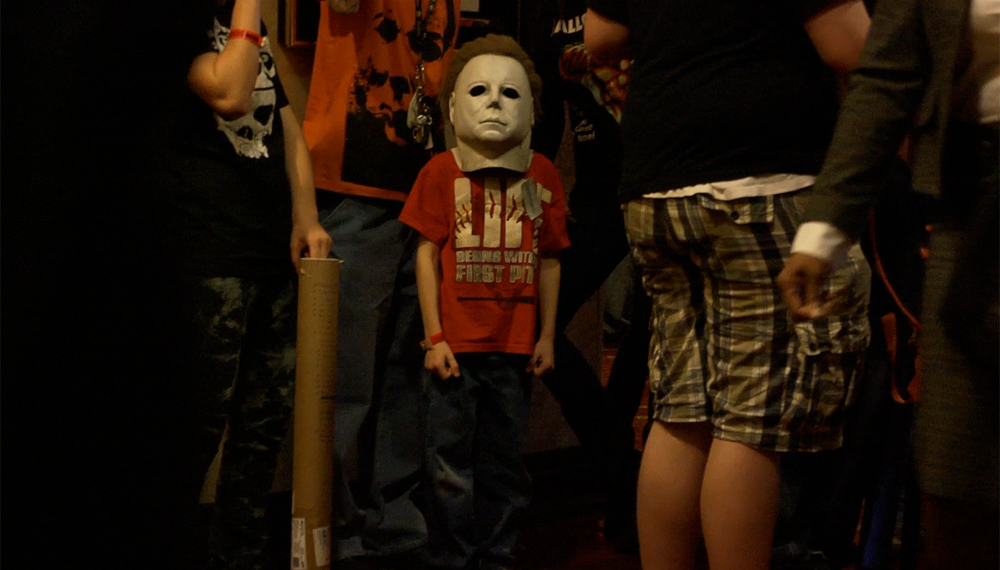 Fantasm began as aspiring filmmaker Kuchta’s thesis in pursuit of his film degree from Syracuse University’s College of Visual and Performing Arts. “I wanted to do a documentary on horror conventions,” he explains, “because I didn’t feel as if a lot of people knew about them or the loving community that they are a part of”.

The documentary was partially funded via Kickstarter. Further proving the enthusiastic support of the horror community, the project reached its goal in just eleven days. The 21-year-old Kuchta is currently working as a one-man film crew, serving as director, camera operator, interviewer and editor, among other duties. Production will continue in March at the upcoming Monster-Mania in Cherry Hill, NJ and HorrorHound Weekend in Cincinnati, OH. Filming has previously taken place at such fan-favorite conventions as Monster-Mania (Hunt Valley, MD), Rock and Shock (Worcester, MA), Spooky Empire (Orlando, FL) and HorrorHound Weekend (Indianapolis, IL). The documentary is expected to be completed in May 2013.